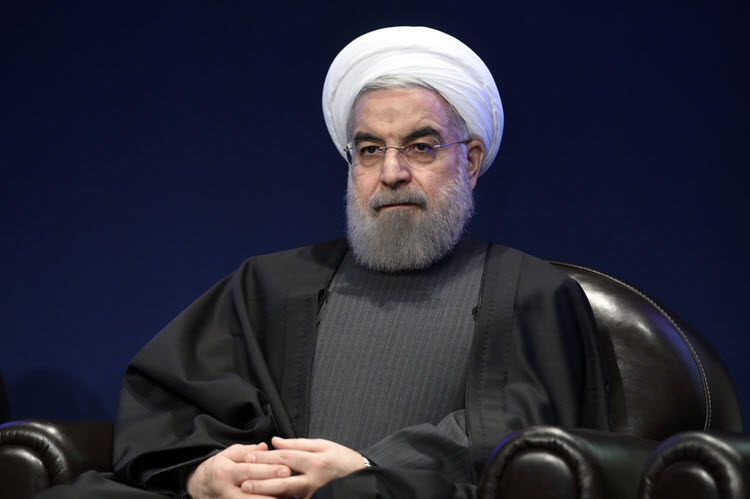 London, 24 May – On Friday, the Iranian Regime announced that Hassan Rouhani had won a second term in the elections but, according to a political analyst, these elections do not represent the will of the people, rather the failures of Iran’s supreme leader to achieve the result he wanted.

Shahriar Kia, a human rights activist and political analyst, wrote an op-ed for Practical Policking, in which he assessed that far from uniting the country the result of the Iranian Elections, only caused further cracks in the façade of democracy.

He reveals that Ali Khamenei was so scared of an uprising by the Iranian people, like those seen after the 2009 election, that he felt he could not name Ebrahim Raisi as the president, believing that Rouhani’s ‘win’ would sedate the Iranian people for now.

This is not to say that the Iranian people are in favour of Rouhani, a man who executed nearly 4,000 people in just four years, boasts about Iran’s support for the dictator Bashar al-Assad, and currently presides over an Iran where millions live in poverty; just that Khamenei felt that Raisi would cause the biggest protests.

Mohammad Mohaddessin, Chairman of the Foreign Affairs Committee of the National Council of Resistance of Iran, said: “Rouhani’s first term only saw a spike in suppression, executions, injustice and poverty, and an increase in Iran’s meddling in neighbouring countries and expenditures on ballistic missiles, military and security projects. In his second term, Rouhani will continue those same policies, and as before, he’ll try to extract more concessions from the West.”

Indeed, rather than vote for either candidate, many Iranians boycotted the sham elections. The Iranian people recognise that neither Rouhani nor Raisi would have changed the way that Iran is run; Khamenei holds the true power within the Regime.

Kia wrote that is Rouhani is the moderate that the Regime claims that he is, Rouhani should reveal the details of the 1988 massacre of 30,000 political prisoners to an international court and have the perpetrators brought before the court to face justice. He continued by saying that moderates would respect human rights of all people, release political prisoners immediately, and end Iran’s links to terrorism and regional interference.

Kia wrote: “Obviously, someone seeking such goals would never be qualified to run for president in Iran and would find themselves in the mullahs’ prisons and torture chambers.”

Instead, the only Regime change would be brought by those outside of the Regime, specifically the Iranian Resistance, led by Maryam Rajavi, who has a ten-point plan for a free and democratic Iran. She has the support of Western leaders and the Iranian people.

AFP: The Foreign Office warned its nationals Monday against...