US and Iran Could Face off in Syria 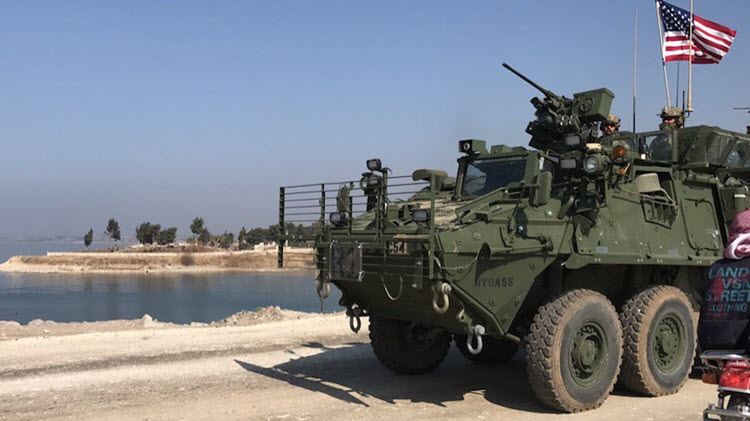 London, 29 May – Over the past six years, the US and Iran have maintained an uneasy peace in Syria but this may be about to end as their forces draw closer in the east and south of the country.

The unspoken truce was broken on May 18, when the US-led coalition, which supports the Syrian Opposition forces, carried out an air strike against an Iranian proxy group near the base of Al-Tanf (close to the Syrian border with Iraq and Jordon).

Air Force Lt. Gen. Jeffrey Harrigian, defended the strike on Wednesday as necessary to protect US troops and did not apologise for the move.

He said: “First thing I would say is I’m concerned about any threat to our forces on the ground. I’m just going to reiterate the fact that we will protect our forces… we will do what it takes to ensure that our ground forces, if they’re threatened, we’re going to take the necessary action.”

But could this strike lead to escalations? Yes, almost certainly. Experts see this as the trigger for a much larger confrontation.

Nicholas A. Heras, a fellow at the Center for a New American Security (CNAS) in Washington, said: “The IRGC (Iranian Revolutionary Guard Corps) is running Iranian foreign policy toward Syria, and the IRGC is acutely aware that building US military presence in southern and eastern Syria would take significant territory out of Assad’s reach.”

He explained that this is why Iran has been increasing its militias in the region, especially due to the fact that the US is supporting the Saudis and the GCC (Gulf Cooperation Council) with regard to stabilising Syria.

He advises that the US’s biggest problem right now is dealing with Daesh and they will put Iran to the side, until the fight with Daesh has been won.

Heras continued: “The Trump administration is actively looking for options to utilise the counter-Daesh campaign, and the territory conquered by US-backed (forces), to prevent Iran from achieving its objectives in Syria.”

While Faysal Itani, a senior fellow with the Atlantic Council’s Rafik Hariri Center for the Middle East, said: “[The US strike was] simply a move by Washington to enforce basic principles that it will protect its forces and local allies, including in areas where there are ongoing offensive operations.”

Both of these experts agreed that no matter what, Iran would continue to destabilise the region and test the US.

Itani said that the despite the US’s military superiority, Iran could still complicate Middle Eastern affairs but Heras said that the US would “most likely win that encounter”.

New York Times: Negotiators for Iran and the European...

AFP: A team of US Congressmen met with the...