Iran: Rouhani ‘Election’ Is Not the Voice of the Iranian People 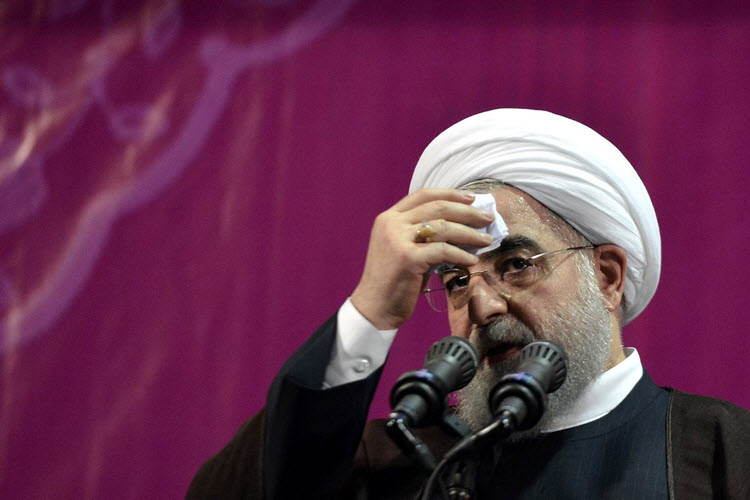 London, 31 May – Earlier this month, the Iranian Regime held its sham elections and Hassan Rouhani was announced as the winner. However, the real winner was the Iranian Regime, who as always were able to manipulate their elections to suit their own agenda.

Iranian dissident and political analyst, Shahriar KIA, wrote an op-ed for the Daily Caller in which he dismissed the Regime’s claim that Rouhani’s election was the will of the people and foretold that this was the spark that would burn down the mullah’s regime.

This “election” result, however, canvases a major defeat for Khamenei and signals considerable weakness on his part and that of the Revolutionary Guards (IRGC). Rest assured this trend will lead to the regime’s eventual crumbling.”

Kia noted that the only way forward for the ordinary Iranians was to support the Iranian Resistance and its leader, Maryam Rajavi, as many bravely did during the elections. They plastered posters of Rajjavi in the streets and called for regime change, despite Khamenei’s crackdown on political protest. Kia cites this as the reason the elections were ended early.

He wrote: “This brought the mullahs to the conclusion over the dangerous consequences of deepening divides amongst the regime’s senior elite paving the path for nationwide uprisings similar to those seen in 2009. As a result, the mullahs’ ruling elite decided to quickly bring an end to the election farce in the first round and prevent any further opportunities for protests and possible uprisings.”

He then quoted a statement from Rajavi, who is President of the Council of Resistance of Iran (NCRI), about the death of the Regime.

She said: “Rouhani’s second term would only entail growing crisis and a more intense power struggle. Crisis has precipitated at the leadership level of the religious fascism and would continue until the downfall of the regime of the velayat-e faqih (absolute rule of clergy)… Khamenei’s failure to manipulate the election result to bring Raisi out of the ballot box and make the regime monolithic is a heavy blow for him and a sign of the regime’s approaching demise.”

Kia wrote: “The only solution for Iran is regime change by the Iranian people and their organised opposition, and through supporting Maryam Rajavi’s 10-point-plan.”