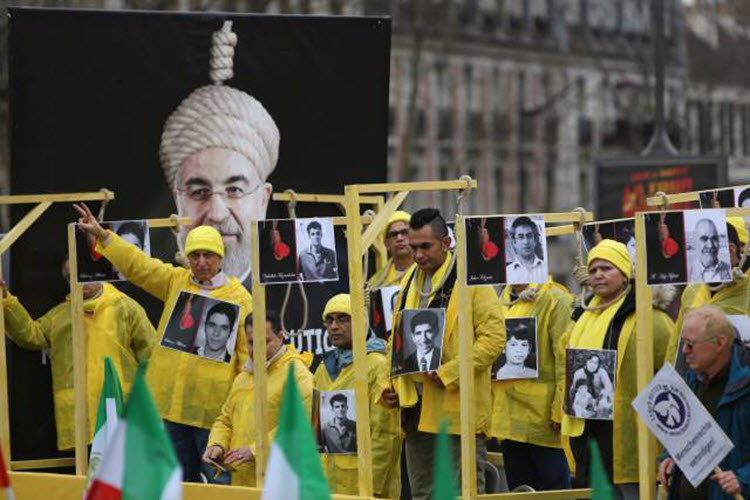 London, 1 Jun – The West has always failed to grasp the true reality of life in Iran. In the past few years, many have tried to convince us that the President of Iran, Hassan Rouhani, is a moderate.

Former President Obama tried to make us believe that the nuclear deal was a great idea because the moderate President of Iran is the perfect person to bring about change to his country. There were many concerns about the nuclear deal but Obama brushed them to the side and continued trying to convince us that this deal would be positive for all the countries involved.

However, the Iranian regime did not reform after the nuclear deal was signed. Nothing improved for the people of Iran.

In fact, the Iranian regime continued to work on its nuclear program and it even carried out several test-firings of ballistic missiles. Iran continued to spread terrorism across the Middle East. Numerous world leaders and government officials have identified Iran has the biggest state sponsor of terrorism in the world.

As a result of the nuclear deal, billions of dollars were freed up for Iran. This should have went towards boosting its failing economy and improving the situation of the people in Iran who have been left with a terrible state of social support. Education, health care and other public services are at an extremely poor level, and even the people are suffering from great poverty.

The nuclear deal should have been a fantastic opportunity for the Iranian government to pull itself out of the dark hole. But the regime blew it. It took the money to fund militias and wars abroad.

Now that President Rouhani has just been re-elected for his second term, we are starting to hear the comments about how it is great that the moderate defeated the hardliner (in reference to his opponent Ebrahim Raisi).

Although Raisi is one of the hardliners, indeed he was involved in the 1988 massacre in which 30,000 political prisoners were executed, it still does not mean that Rouhani is a moderate.

During his first term, Rouhani presided over more than 3,000 executions. We are now only days into his second term and already there have been several more executions. How can we describe him as a moderate? If he has not been a moderate for the past four years, why would he suddenly become one now?

It is time to stop believing what we are being told without looking at the facts. It is clear as day that Rouhani is not a moderate.

Reuters: Russia and Iran said Thursday they had finished...