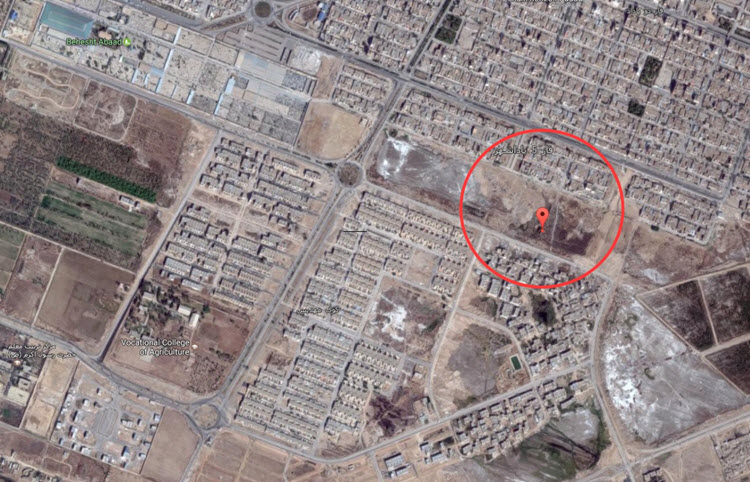 London, 1 Jun – Amnesty International has claimed that desecrating a site that is a mass grave to victims of the 1988 massacre in Iran could destroy essential and key forensic evidence.

The mass grave is located in Ahvaz in the southern part of the country and it contains the remains of at least forty people who were killed in the atrocity. Desecrating the site would mean that there is less of a chance to get justice for the victims because key forensic evidence will be destroyed.

Amnesty Internal reviewed video evidence provided by the organisation “Justice for Iran”. It shows bulldozers working on a construction project very close to the site which is now surrounded by debris.

Although nothing has been confirmed by authorities in Iran, it is believed that the site will be built over.

This would be a deliberate and evil move and would be yet another attempt at the authorities to cover up for past crimes. The Deputy Director for the Middle East and North Africa for Amnesty International, Magdalena Mughrabi, slammed such a decision, describing it as a “shocking assault on justice that must be stopped immediately”. She reiterated that the families of the victims of the 1988 massacre have the right to justice and truth.

Ms. Mughrabi said that the families of victims have already endured the most horrendous suffering since they lost their loved ones. The Iranian regime denied them the chance, what should be a basic right, to bury their family member in a dignified way.

The executive director of Justice for Iran, Shadi Sadr, said: “They have denied them the right to give their loved ones a dignified burial and forced them to walk through piles of rubbish to visit their dead. Now they are planning to destroy their final resting place and trying to obliterate their memory from history.”

The area should be treated as a crime scene and the appropriate experts should be handling the situation. Ms. Mughrabi said that it is essential that investigations are carried out by independent bodies.

To this day, all Iranian officials that were involved in the atrocity have managed to escape investigation. Instead of being given high positions of influence in the Iranian regime, the perpetrators of the crime should be brought to justice. Nobody that has carried out such atrocious acts should be allowed to avoid justice.