Iran Regime Mocks Reports That Its Missiles Against ISIS Failed 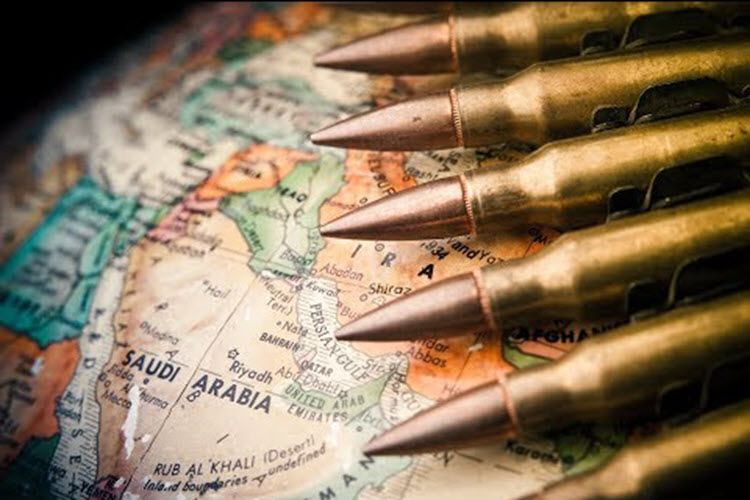 London, 27 Jun – The Iranian Regime has mocked reports that their ballistic missile attacks on ISIS in Syria didn’t work out, by claiming that the missiles were supposed to break apart over the Iraqi desert.

General Amir Ali Hajizadeh, the airspace division chief of Iran’s Revolutionary Guard Corps (IRGC) said: “we had coordinated the fall of the engines in the desert in Iraq [in advance].”

He continued: “The missiles we used were two-stage, it means that the engine separates from the warhead.”

He was attempting to mock Israeli sources by claiming that they didn’t know what two-stage missiles look like.

He said: “Pity those who call themselves experts and do not understand that these were the first-stage engines (that fell), while the warheads hit targets.”

He did not explain why the warheads of the six missiles had not made it to their intended target in Deir el-Zour.

Instead, he claimed that they did and that US drones hovered over the targets after they’d been hit by the Iranians.

There has been no report from the Americans (or any other ground forces) that there was a strike, and the Iranian Regime announced the causalities from the strike just minutes after launch, which would have been far too soon.

Even if the Iranian Regime did launch the missiles towards ISIS in Syria, they had not warned the US-backed troops who are fighting ISIS on the ground, meaning that they could have hit US troops as well, if their missiles had been successful.

Hajizadeh claims that the Russian military was told of the attack and that they may have told the US, but this isn’t really the sort of blame-shifting you expect from a high-ranking member of the armed forces and doesn’t let the Regime off the hook for jeopardising coalition forces fighting terrorists.

Iran claims to be attacking ISIS in response to the terror attacks in Tehran earlier this month, but reports have since surfaced which indicated that the Regime may have orchestrated the attack.

Despite one attack taking place at the Regime’s Parliament Building, the only people injured or killed were people protesting the Regime.

It is also painful to hear the Regime denounce terror attacks hen it is still the number one state sponsor of terrorism in the world.

That is why we must support the Iranian Resistance (NCRI/MEK) and its elected leader Maryam Rajavi, who serves as a government-in-exile and have a ten point plan to create an Iran for the 21st century; a non-nuclear Iran which rejects terrorism and has good relations with its fellow countries.