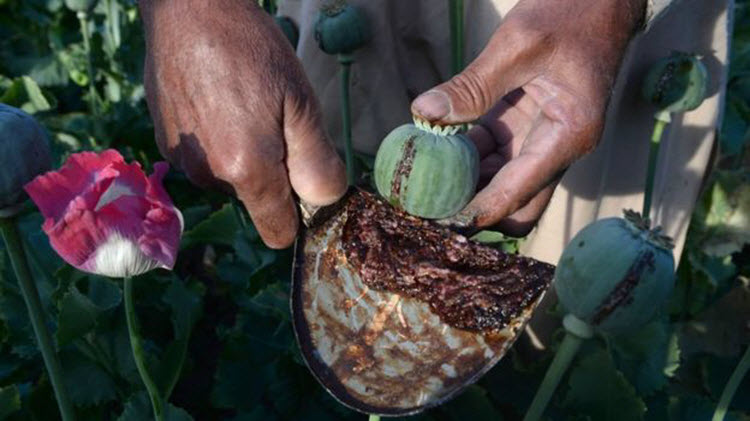 London, 27 Jun – The number of people suffering from drug addiction in Iran has more than doubled since 2011, according to a survey by a drug control group.

This figure is based on a survey by Iran’s Drug Control Organisation, which found that around 2.8 million Iranians are regularly consuming drugs.

However, the real figures could be much higher according to an expert on addiction in Iran.

Saeed Safatian, the head of a working group on drugs in the Expediency Council, told the Regime-affiliated IRNA news agency that respondents were not asked if they had any relatives who also struggled with addiction.

It is also possible that because of social stigma and the punishment for drug-related crimes in Iran, the respondents may have underreported their drug use.

The punishment for drug-related crimes is often imprisonment or execution under the Iranian Regime. Although, the biggest drug traffickers, the Iranian Revolutionary Guards Corps (IRGC) manage to avoid prosecution because they are only accountable to the Supreme Leader.

The most popular drug of choice in Iran is Opium, the main ingredient in heroin, making up 67% of the drugs taken.

Parviz Afshar, a spokesman for the Drug Control Organisation, said that marijuana in all its forms accounts for about 12% of drug consumption in Iran, while methamphetamine accounts for roughly 8%.

Opium production in neighbouring Afghanistan has risen in the past six years. Afghanistan produces 90% of the world’s opium; it is extracted from poppy resin and used to make heroin. Most opiates that are produced in Afghanistan, are shipped through Iran to Europe.

Recently, there were horrific reports that 30,000 school-age children in Iran were addicted to drugs, most of them between the ages of five and 11, but this may be by design. The Regime spends less that 1/40th of the world average in order to combat childhood drug addiction and they benefit from having a population that is largely incapacitated.

Heshmat Alavi, a human rights activist, wrote on Blasting News: “Unfortunately, the regime in Iran prefers to have the youth involved in drugs to quell their voice and silence any questioning of the mullahs’ rule. A program by state TV in Iran admitted the drug addiction age has decreased to eight, meaning even small children are now targeted.”

That is why we must support the Iranian Resistance (NCRI/MEK) and its elected leader Maryam Rajavi, who serves as a government-in-exile and have a ten point plan to create an Iran for the 21st century by outlawing the death penalty and putting better measure in place to protect children from the perils of drug addiction.

Washington Post: Over the years, Americans have come to...