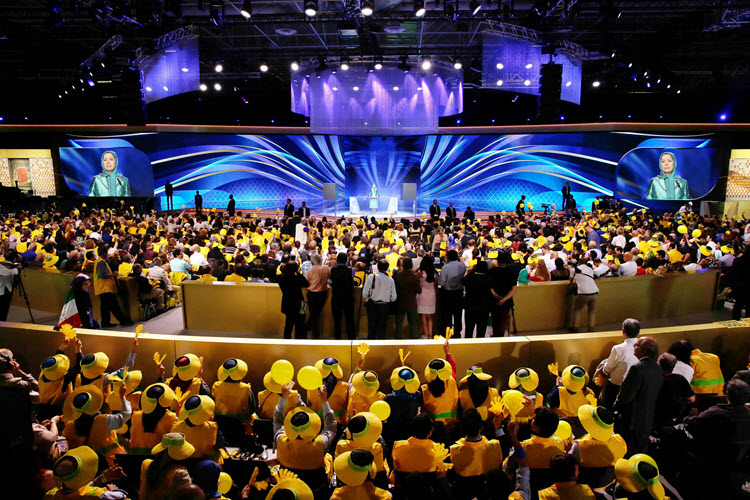 London, 28 Jun – Shahin Gobadi, a member of Foreign Affairs Committee of the National Council of Resistance of Iran, wrote an op-ed for Al-Arabiya in which he revealed that regime change in Iran is not only possible, it’s coming sooner than we think.

In the piece, Gobadi called for an end to the appeasement of the Iranian mullahs, in favour of reaching out to the Resistance in order to create a better, safer world.

He wrote: “For years the NCRI has argued that the solution for Iran is neither appeasement of the regime, nor foreign military intervention. Rather, the principled solution is to support the Iranian people and their organised opposition movement to bring about regime change. For decades, western governments have failed to heed this call, instead choosing economic relations with the regime, while attempting to sideline the Resistance. That era has now come to an end.”

Over the past 38 years, the Iranian Regime has persecuted its own people for their religious beliefs, political affiliation, sexual orientation, gender, and so much more.

The most prominent victims are the members of the People’s Mojahedin Organization of Iran (PMOI or MEK), who make up the largest constituent group in the NCRI coalition. Over 120,000 MEK members have been assassinated or executed by the Regime; most notably during the 1988 massacre in which the Regime attempted to exterminate the MEK and secretly killed 30,000 of them in just a few months.

He wrote that the Free Iran rally in Paris on Saturday, July 1, , which is set to attract over 100,000 dignitaries, politicians and activists from across the world, only serves to reflect the will of the Iranian people for Regime Change.

He wrote: “The Free Iran rally has significant implications for the policies being advanced around the world by persons with a clear understanding of the danger the Iranian regime poses to global security and the stability of the Middle East. This is especially important in the current historical moment, when assertive policies regarding the clerical regime in Iran are returning to the mainstream the world over.”

The annual rally displays that, contrary to the Regime’s lies, there is another choice for Iran. The Iranian Resistance and its elected leader Maryam Rajavi, who currently serves as a president-in-exile, have a ten-point plan to create an Iran for the 21st century, with special attention to human rights, an end to the nuclear programme, and an end to support for terrorism.

Gobadi concluded: “The US and other western powers should recognise the Resistance movement, which has the capacity to achieve change. The mullahs and lobby tried for years to conceal and dupe the world about this reality. The definitive goal of the world should be the removal of the world’s only modern theocracy and the most active state sponsor of terrorism and stand with the Iranian people as they stand for liberty.”

India seeks to break deadlock with Iran over tanker