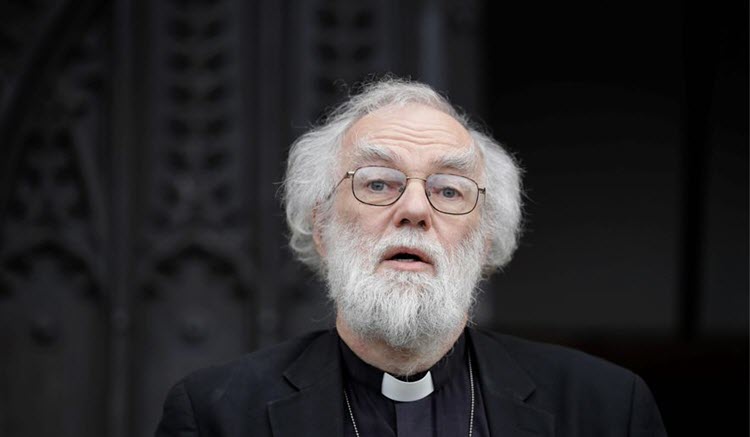 London, 29 Jun – The Former Archbishop of Canterbury Rowan Williams is urging Western Governments to put the rights of religious minorities at the heart of any future deals with the Iranian Regime.

Lord Williams is working with dozens of faith leaders across the UK and the US, including the former Bishop of Oxford John Pritchard, the Bishop of Bristol Mike Hill, and the Bishop of Burnley Philip North, to make clear that Christians and other religious minorities are subject to high levels of harassment and persecution under the ruling theocracy in Iran.

Over 90 religious leaders have signed the petition, which calls on governments to make ending religious persecution, a precondition of any further deals with Iran.

The petition read: “While the majority of the victims of the Iranian regime’s rights abuses are Muslims, members of religious minorities, including members of the Christian and Jewish faiths, have been specifically targeted over their personal religious beliefs over the years.”

He said: “Members of religious and ethnic minorities have continued to endure abuse and discrimination and face persecution, including arrest and imprisonment, expulsion from educational institutions, denial of economic opportunities, deprivation of the right to work, the closure of businesses and the destruction of religious sites, such as cemeteries and prayer centres.”

The petition read: “The situation of religious minorities has deteriorated in recent years, including during the tenure of President Hassan Rouhani. Scores of Iranian pastors are languishing in prisons solely for their beliefs.”

This agrees with the 2017 report from the US Commission on International Religious Freedom, who highlighted that Rouhani, a supposed moderate, had actually increased the number of religious minorities in jail for their beliefs.

The Commission’s report said: “During the past year, the government of Iran engaged in systematic, ongoing, and egregious violations of religious freedom, including prolonged detention, torture, and executions based primarily or entirely upon the religion of the accused. Since President Hassan Rouhani was elected in 2013, the number of individuals from religious minority communities who are in prison because of their beliefs has increased.”

The petition from religious leaders concluded: “’In such circumstances, we call on all countries to consider the deplorable situation of human rights in Iran, particularly the painful situation of religious minorities, in navigating their relations with Iran. We urge them to precondition improvement of those relations on a cessation of oppression of minorities and on a halt to executions in Iran.”

That is why we must support the Iranian Resistance and its elected leader Maryam Rajavi, who currently serves as a government-in-exile and have a ten point plan to create a secular Iran for the 21st century., dedicated to human rights and an end to the death penalty.