Iran Regime Are The “Godfathers” of Terror 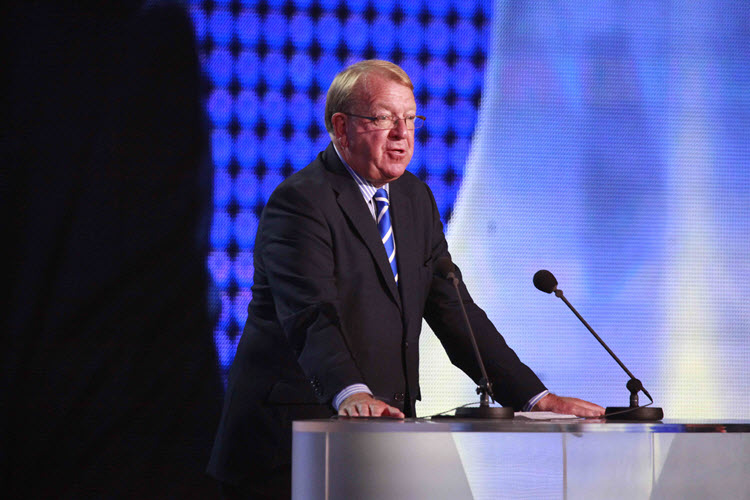 London, 3 Jul – Ex-Scottish MEP and Iranian expert, Struan Stevenson, accused Iran of being the “godfather” of terror at a recent conference calling for freedom of the Iranian Regime.

At the Free Iran Gathering last weekend, over 100,000 politicians, activists, and heads of state came together to condemn the Iranian Regime for their support of terrorism and call for the freedom of the Iranian people.

Stevenson said that the world did not know fundamentalist Islamist terrorism until the Iranian Regime seized power until 1979, and now all of the different Islamist terror groups around the world are the result.

He said: “You have Daesh (ISIS), the Taliban, al-Qaeda, al Shabaab, Boko Haram, Hezbollah – they all have difficulties with each other, yet we categorise it in the West as a Sunni/Shiite conflict. It is not. All of these different [factions] who also fight like cats in a sack, they look to Tehran as the godfather of international Islamic fundamentalism.”

However, Stevenson expressed hope that this too shall pass.

He said: “When the Soviet Union collapsed, we saw communism fade away. There were a few pockets left, like North Korea, Cuba, perhaps Venezuela, but it has almost faded from the international picture. And if we achieve a regime change in Iran, I believe the same fate will occur to fundamentalist Islam – I think it will slide off the international agenda.”

The Paris gathering, organised by the People’s Mojahedin Organisation of Iran (MEK), the largest opposition movement in Iran, had the overarching message that the only way to achieve Regime change in Iran is to oust the current Regime.

The MEK, which supports a secular government, human rights, and a non-nuclear Iran, has long provided the Western World with evidence of the Iranian Regime’s crimes including a secret nuclear weapons programme, terrorist training camps, and the 1988 Iranian massacre, in which the Iranian Regime executed 30,000 political prisoners in just four months.

Last year, following the implementation of the 2015 nuclear agreement, the international community lifted sanctions against the Iranian Regime that had been in place since the 1980s.

The idea was that in exchange for sanctions relief, the Iranian Regime would halt development of nuclear weapons, however, the Iranian resistance has uncovered evidence that the Regime simply moved the research to a different facility, which is off-limits to the international inspectors.

According to leading military figures, like General Jack Keane, the former Vice Chief of Staff of the US Army, it is a case of now or never when it comes to tackling the problems posed by Iran.

He said that the Iranian Regime is moving closer to its goal of “regional domination”, which could have a disastrous effect on global politics.

He said: “What Iran wants, they want the south part of Yemen, a naval base right there. That navy base is the entrance to the Suez Canal so they can impact world trade.”

The Suez Canal is the shortest link between the east and the west, making it crucial in terms of transporting goods, and the worry is that Iran would threaten trade ship there,, as they already do in the Strait of Hormuz.

The MEK is calling on the international community to increase sanctions against Iran and end the nuclear deal.

Maryam Rajavi, the President of the Resistance forces, argued that true democratic change in Iran could only be achieved by supporting the resistance so the Iranian regime can be overthrown from within.