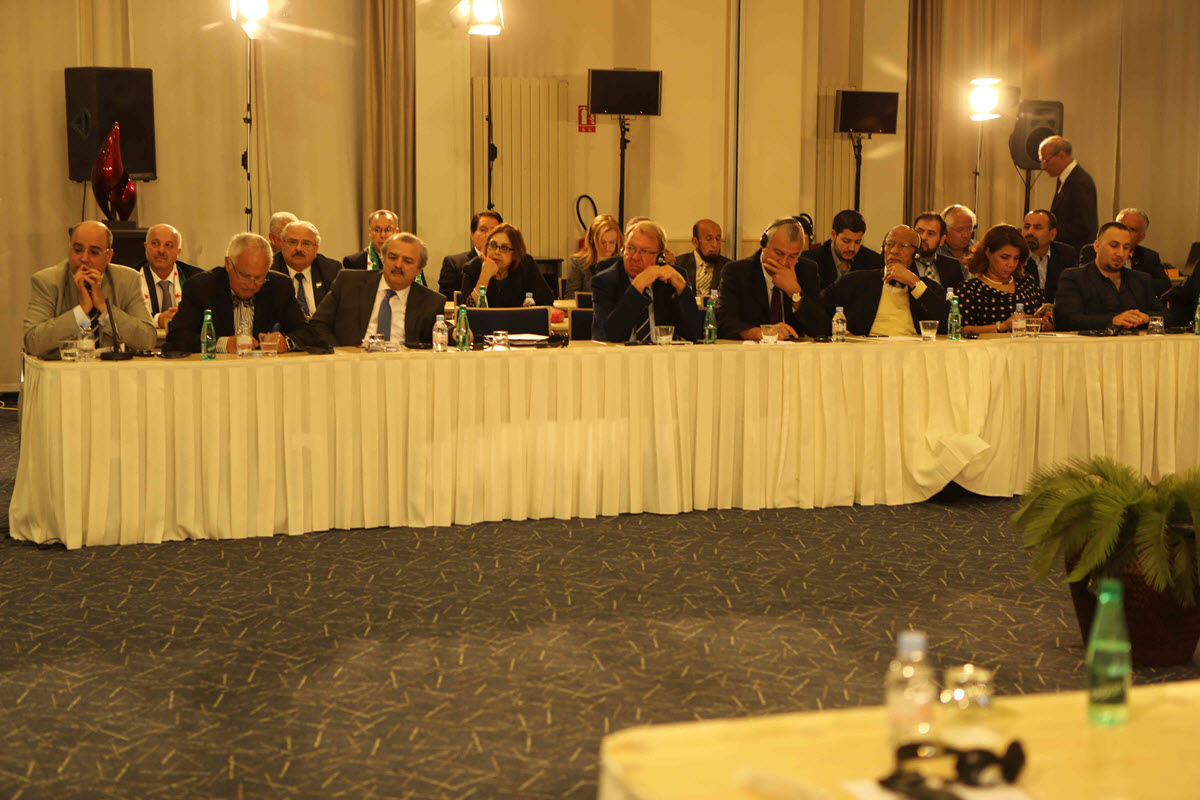 London, 3 Jul – On Saturday, the Free Iran Gathering in Paris hosted a series of panels on how the Iranian Regime is the cause of war and terrorism in the Middle East and how ousting them will bring peace to the region and freedom for the Iranian people.

Peace in the Middle East

The Iranian Regime is the leading cause of discord in the Middle East; it seeks to destabilise the region through proxy terror groups like Hamas and Hezbollah in order to swoop in and take power once the existing government has lost control.

Jamal Ali Jassim Bu Hassan, Member of Parliament from Bahrain, and Saleh Ghalab, Former Minister of Information and Culture of Jordan, both addressed the Iranian Regime’s interference at the Free Iran Gathering.

Hassan said that the “fascist” Iranian Regime has interfered in all Arab capitals, while Ghalab said the Regime has occupied capitals across the region.
Indeed, the mullahs boast of controlling the capitals of Iraq, Syria, and Lebanon.

Mohammad Mohaddesin, Chairman of Foreign Affairs Committee of the NCRI, said that the Regime is frustrated because it is not succeeding as much as it wanted to in Iraq, where it wants to establish control in order to have a Shiite Crescent across the Middle East.

Paula Casaca, a former member of the European Parliament, told of how the Iranian Regime seeks to dominate first the Middle East and the rest of the world. He said Iran has already invaded Iraq and that they are most definitely not fighting ISIS in Syria.

Sheikh Matlab, a lawyer from Iraq, told of how the Iranian Regime infiltrated Iraq and occupied it.

He said: “In 2003, we expected to have a new Iraq but our country was occupied by the Iranian regime.”

He went on to say: “All the wars in the Middle East are because of the Iranian regime and its transgressions.”

Freedom for the Iranian People

Ever since taking over in 1979, the Regime has punished and demonised the people’s resistance (MEK) in an attempt to silence them but the Iranian Resistance has bravely persisted.

The most obvious example of the Regime’s attempt to destroy the Resistance was during the 1988 massacre in which they executed (without even a hint of due process) 30,000 political prisoners, mainly members of the MEK.

Mohammed Alsheikhli, an Iraqi lawyer, noted that the Iranian Regime should pay for its crimes against humanity.

He said: “I agree to have legal action against the Iranian regime regarding its crimes against humanity and war crimes.”

More recently, the Regime consistently attacked the MEK members who were in exile in Camp Ashraf in Iraq, despite the fact that the MEK had protected person status from the UN.

Tahir Boumedra, Former chief of human rights of the United Nations Assistance Mission for Iraq (UNAMI) and special advisor to the Special Representative of the Secretary-General, detailed that the crimes against the Resistance (MEK) from the Regime were not only remarkably cruel but incredibly common.

He said: “I’m an eyewitness to the crimes in Camp Ashraf, those responsible must be punished.”

Boumedra was in charge of the Ashraf case at UNAMI, where in 2016 safe transport to Albania, was arranged for the brave MEK members who were targeted by the Regime at Camp Ashraf in Iraq.

He said: “We have prepared a report with all the clear evidence of the crimes of the Iranian regime against the MEK.”

This was the last day of the Free Iran Gathering, an annual meeting organised by the Resistance forces in which they call for the freedom of Iranian people.

The Iran Regime Has Appointed a New Leader to Their Domestic Terror Squad, the Basij