Iran: Why Is Trump Not Following His Firm Words up With Firm Action? 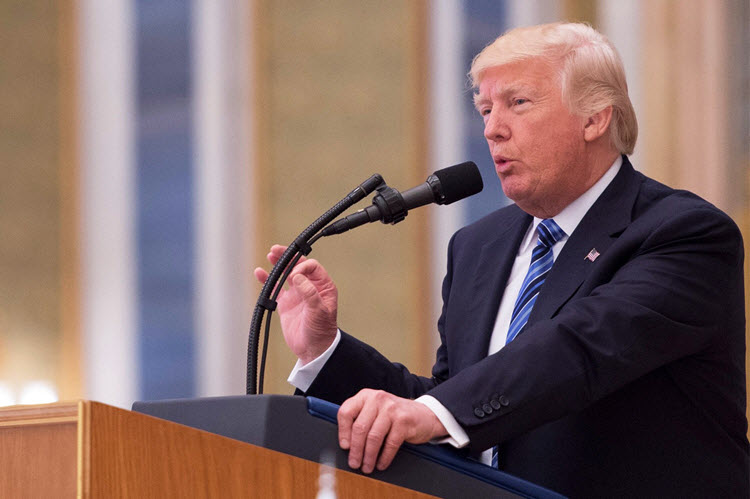 London, 12 Jul – After his historic first foreign visit to Saudi Arabia in May where he spoke up loud and clear about the dangerous Iranian regime and just before his visit to Moscow, United States President Donald Trump urged Russia to stop supporting Iran and Syria.

During his visit to Saudi Arabia, Trump denounced the Iranian regime’s actions in the Middle East and described the country as the world’s biggest state sponsor of terrorism. He called on the leaders of the 50 Muslim states in attendance to get rid of the extremists from their respective countries.

In a gesture that was viewed as a commitment to tackling Iran, Trump made a huge €110 billion arms deal with Saudi Arabia saying that the intentions are for the arms to be used as a means to counter Iran’s expansionism in the region.

This happened nearly two months ago. But nothing much has been said since. There are many actions that could have been taken in the meantime. For example, the country’s Islamic Revolutionary Guard Corps (IRGC) could have been listed as a foreign terrorist organisation.

Many have called for this designation and many are wondering why it hasn’t already been listed. A part of the IRGC – the Qods Force – was designated many years ago. So why is the parent organisation not listed? The IRGC funds militias across the whole Middle East and is propping up Bashar al Assad in Syria.

One area of great concern is the support given to Hezbollah by the IRGC. The West is especially worried about this. Not only does Iran provide it with weapons, but it finances it and provides its forces with training.

The Trump administration has been making it very clear that former President Obama’s policies of appeasement were ineffective and that a U-turn approach was being taken. To really show that the administration is not just all talk and no actions, listing the IRGC as a terrorist organisation would be a wise move.

It is not advisable for the situation to continue any longer without any action being taken because Iran nearly has full control of Iraq. After Trump’s visit to Saudi Arabia, many thought that Iran would be pulled out of Iraq. Instead, the US is still providing support to Iran in the fight against ISIS.

This is effectively letting Iran strengthen its position and will provide the Iranians with the means to transport arms, supplies and personal across the region.

It is time for the US and the rest of the international community to stop talking about Iran’s belligerence and to do something about it.

UN urges US engagement over Iran

BBC: The head of the UN nuclear watchdog has...

AFP: A hardline Iranian MP on Saturday took a...