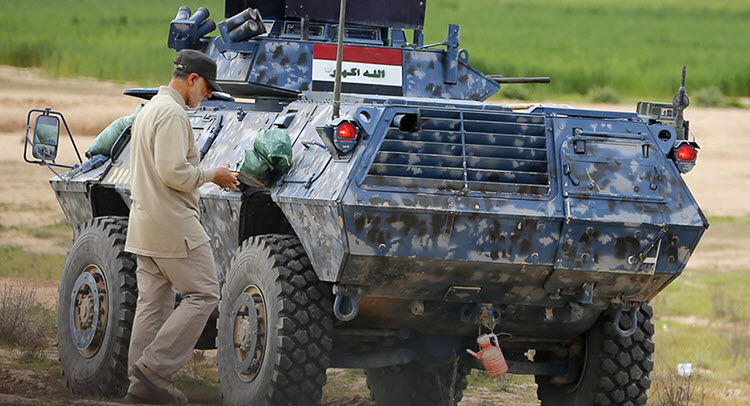 London, 12 Jul – The Iranian regime has been trying to exert its control over the Middle East. Its plans to do so are not covert – they are well known. Its neighbours are strategically the most important because they provide the Iranian regime with the manpower needed for its proxies that fight on behalf of Iran abroad.

The Iranian regime, via the Islamic Revolutionary Guards Corps (IRGC), does not like to get its hands dirty so it uses fighters from abroad to act on its behalf. Some of its proxies include the Houthi rebels in Yemen, Shiite militias in Iraq, Afghan mercenaries in Syria and the Lebanese Hezbollah.

Its use of militias to achieve its regional goals regardless of the death count and subsequent destruction shows that the Iranian regime is a bad player in the region. No matter what deal is made with the regime, it will continue to do what it pleases. It cannot be trusted.

Therefore, to put an end to the bloody civil war in Syria, it is absolutely essential to completely evict Iran from the country. Iran must also be expelled from Iraq and now is a better time than ever because Mosul has been liberated and ISIS has been defeated.

Iran, however, will not leave these countries easily. It has been working towards securing the land bridge that will link Iran’s capital with the Syrian capital via the capital of Iraq. Iran also wants to secure naval bases along the coast of Yemen and Syria.

Tehran is trying to keep its leverage over the West, i.e. its military and naval threat. Iran has spent years and billions of dollars on its ballistic missile program and it is not going to give that up easily.

However, Iran’s attempts at gaining control over the region may have backfired. For example, tensions are rising in Pakistan where rocket attacks instigated by Iranian border guards were fired into the country. Although there were no deaths or property damage, it caused great panic and fear among residents.

The Iranian regime’s luck is changing for the worse and it will not be long before it completely collapses.