Will the US Push for Regime Change in Iran? 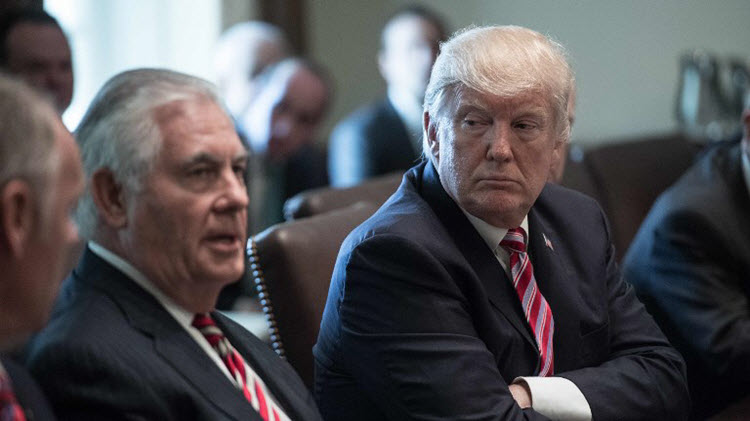 London, 12 Aug – There are many different opinions about Iran and the nuclear deal coming from Washington. The Trump administration has just recertified its compliance with the nuclear deal, yet there are also whispers about it pursuing regime change policy with regards to Iran.

Many believe that regime change is the only way to bring an end to the horrific human rights abuses and the only way to achieve democracy for the country. However, there are many apologists and Iran lobbyists that are trying to make us believe otherwise.

One member of the Trump administration who has publicly spoken about regime change is Secretary of State Rex Tillerson. When he mentioned it in a hearing of the House Foreign Affairs Committee he said: “Our policy towards Iran is to push back on hegemony (in the Middle East), contain their ability to develop, obviously, nuclear weapons and to work towards support of those elements inside of Iran that would lead to a peaceful transition of that government.”

The US Secretary of Defense James Mattis has always had very strong opinions about Iran and said that the Iranian people need to be “rid” of the theocracy ruling their country. He spoke about how the recent election in Iran was anything but democratic because those who were allowed to run for presidency were hand-picked by the Supreme Leader. He added that for as long as the Iranian regime is in power, it is going to be “very, very difficult”.

Many say that the current action taken by the US administration – sanctions, harsh rhetoric and diplomatic pressure – is its way of starting the process of pushing for regime change in Iran.

Making this clear to the Iranian regime in essential. The administration needs to agree on a policy and push it. Mattis and Tillerson are making strong statements and the rest of the administration really should follow in their footsteps. This will show the Iranian regime that the period of appeasement that it enjoyed for far too long really is over and the US, and the rest of the West, will not tolerate Iran’s belligerence at home and abroad.

The people of Iran are very fortunate to have the Iranian opposition by their side. The National Council of Resistance of Iran (NCRI) is the most organised opposition movement and has the support of many members of parliament and other prominent political figures from around the world. It provides the people of Iran with a viable alternative that will uphold and respect the human rights, liberty and freedom of all.

US presented Iran with ‘framework’ for nuclear deal, Obama says

AFP: The US has put forward a "framework" plan...

AP: Decisions by the foreign ministers of Russia and...