Could Russia Stop Iran From Seizing Power in the Middle East? 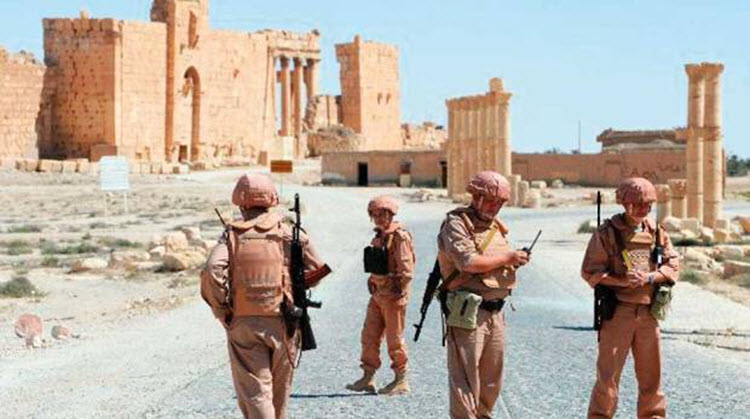 London, 28 Aug – Russia is going to take advantage of the “confusion” of Western Governments in order to gain a stronger influence over the Middle East, according to analysts.

Russia’s strategy in the Middle East is short-term and poses Russia as an alternative to the West, according to Rand, an American think-tank based in Washington, D.C, in a recent research paper.

Other political analysts have argued that Russia is not reacting to Western policies but rather protecting its own interests.

Norhan Al Shaikh, a political scientist at Cairo University, said: “Syria was the only left foot for Russia (in the region).”

Al Shaikh told Gulf News: “There is a great confusion in the American decision-making process because of internal factors. In all crises (around the world), we do not know whom the Americans are with and whom they are against. The Europeans are even more confused than the US because of Brexit and other internal issues.”

While Professor Nikolay Kozhanov, an Academy fellow with the Russia and Eurasia Programme at Chatham House, the Royal Institute of International Affairs, and an independent policy institute based in London, said: “Yet, it (American withdrawal) definitely helps Russia to be among the major players in the Middle East. America left an empty space and Russia is now filling this empty space. … Russia does not match the capacity of the US, the economic and the political capacity. So what Moscow wants is just protecting its national interest.”

However, a stronger Russian influence in the Middle East could actually be beneficial to the West if it manages to counter the influences of the Iranian Regime.

Considering that the US has yet to announce its official policy on Iran and the reluctance of European governments to challenge the Iranian Regime, it could be up to Russia.

The Iranian Regime wants control of the Middle East and has at many points employed proxy groups like the Hezbollah in Lebanon or the Houthis in Palestine in order to destabilise the region and seize control.

That’s what the Iranian Regime was doing in Syria, supporting the dictator Bashar Assad in order to gain power after the war was over. This time, however, they wouldn’t need proxies. They would be setting up official military bases within the country, which may be even more dangerous to the Middle East.

The Rand researchers wrote in their paper: “Even if Moscow is not wedded to the continued rule of [Al] Assad, as some Russians claim, it is committed to the Syrian government under the present regime or a continuity regime.”

This possibly means that they will oppose the Iranians stepping in to seize power.