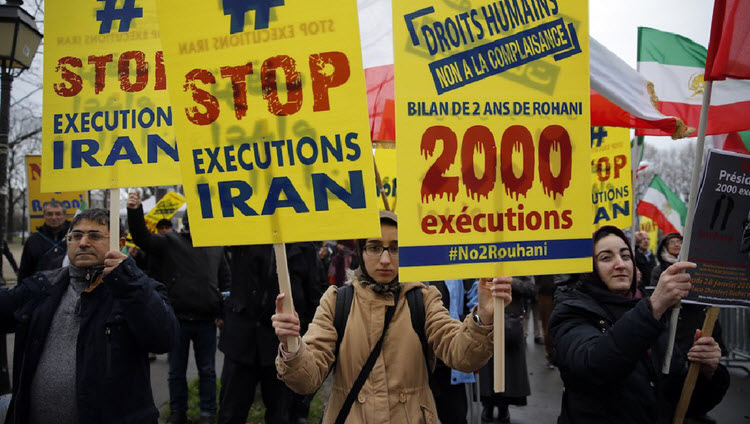 Last week, United States President Donald Trump refused to re-certify Iran as compliant to the 2015 nuclear deal. Congress is now in the 60-day debate period during which it must decide if the crippling economic sanctions that were in place before the deal was signed are to be reimposed.

This is now the chance for Trump to really define the US foreign policy towards Iran. He has vowed to ensure that the Iranian regime does not continue on its destructive path.

One way that Trump can really make a difference is by supporting the people of Iran. They have struggled for years under the torturous regime and are desperate for freedom.

The National Council of Resistance of Iran (NCRI), a coalition of opposition groups, is a very strong and organised movement that is fighting for the rights of the Iranian people. They want Iran to be democratic and respectful of its people and are working towards removing the Iranian regime so that there is a chance of peace and security in the region.

The leader of the NCRI, Maryam Rajavi, pointed out that President Trump is the first US president to recognise that regime change in Iran needs to come from within the country.

Former President Barack Obama’s policies of appeasement and conciliation were unsuccessful and Trump has recognised this. Furthermore, Trump has slammed the negotiations for the nuclear agreement that resulted in a very weak deal that did not address many important issues such as Iran’s human rights abuses and ballistic missile program.

However, not all the blame can be pinned on Obama. He inherited the Iran problem from his predecessors. Every president of the US since the Iranian Revolution in 1979 has swept the issue aside for someone else to deal with.

During his UN General Assembly speech, Trump said that the people will one day leave behind the days of “poverty, bloodshed and terror” and will “return to the nation’s proud roots as a center of civilization, culture and wealth, where their people can be happy and prosperous once again”.

His Secretary of State Rex Tillerson has also spoken about the need for regime change from Iran and said that the United States should support those in Iran who are trying to ensure that there is a peaceful transition of government.

Although neither have said how this will happen, it is certain that the US needs to ensure that there are strong gestures of support for the Iranian people and the opposition in the country. One way to do this is to make sure the inquiry into the 1988 massacre is carried out.

More than 30,000 people were executed during the summer of 1988. Following the emergence of new evidence last year, the Iranian people have renewed their call for justice. An international campaign is also calling for the Iranian regime to be held accountable for its crimes. If the US were to put pressure on Iran in this regard, it would be a strong gesture of support for the Iranian people.

U.S. Supports European Offer to Iran on Its Nuclear Program