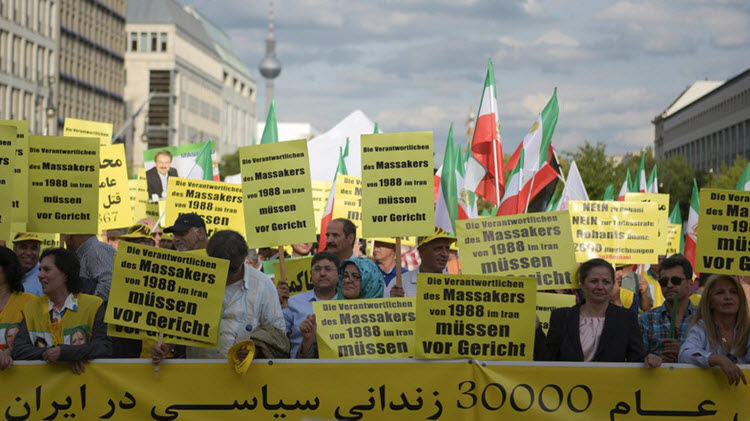 London, 28 Nov – Since US policy on the Iranian Regime has changed from one of appeasement to one of confrontation, the Regime is slowing starting to face consequences for its actions, and they are beginning to lose their hold on the Middle East.

In response, the mullahs have resorted to their most tried and true tactic for slowing the tide of regime change: demonising the Iranian Resistance.

This is by no means a new policy- the Regime began to demonise those calling for democracy in 1979- but there has recently been a surge in the levels.

Massoud Khodabandeh, an Iranian with well-documented ties to Iran’s Ministry of Intelligence (MOIS) who lives in the UK, recently posted a rant admonishing the People’s Mojahedin Organization of Iran (PMOI/MEK), one of the largest groups advocating for regime change, onto the Huffington Post’s website.

His ill-informed ‘article’ is no different to the dozens of others that he has posted with the intent of bashing the MEK; he presented debunked and unproven claims as if they were fact and could not back them up.

Of course, most are not falling for his lies.

This year Senator John McCain, a separate US Senate delegation, and several other prominent American politicians have met with the MEK’s leaders in Tirana, Albania, where members were forced to relocate to in 2016 after constant attacks from the Regime.

These lawmakers all voiced their support for the MEK’s goals of establishing freedom and democracy in Iran.

Khodabandeh’s wife, Anne Singleton, also recently visited Albania and attempted to start a media campaign to demonise the MEK refugees. Thankfully, this will not work either.

The Iranian Regime, not content with spreading lies about the Resistance in foreign countries, have also stepped up their campaign inside Iran where the MEK actually enjoys wide-ranging and increasing support.

This includes broadcasting fake news about the MEK and its activities, issuing threats to social media users about engaging with the Resistance, and also stepping up suppression on the streets.

Amir Basiri, an Iranian human rights activist, wrote on the Washington Examiner’s Beltway Confidential blog: “With the cause of regime change in Iran gaining traction, Tehran’s efforts are aimed at portraying the situation as being a choice between bad and worse. This is a tactic that Iran has already tested in Syria, where it tried to legitimize the crimes of Bashar Assad’s regime by casting doubts over the integrity of opposition forces by casting them with extremist groups. However, as it inches closer to its inevitable collapse, the Iranian regime is finding it increasingly harder to whitewash its decades-long history of crimes and bloodshed by spreading fake news and propaganda against its own victims.”

Dozens arrested in demonstration by women in Iran capital