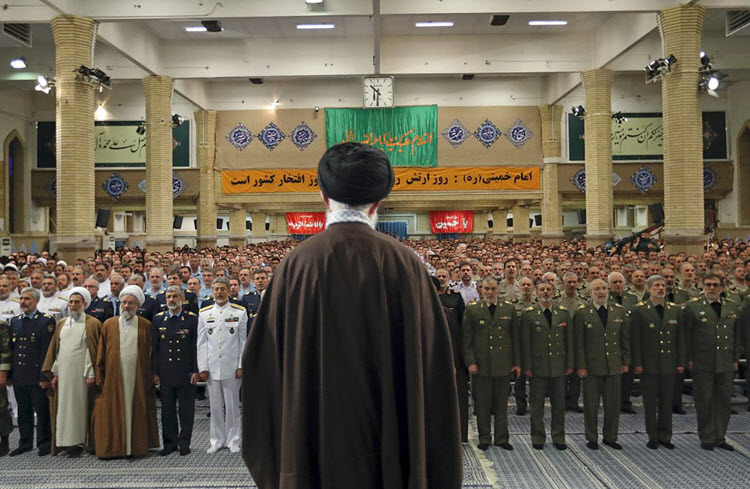 London, 28 Nov – As ISIS continues to lose territory in the Middle East, the Iranian Regime is gearing up to pose a much bigger danger to the region and the world as a whole.

While the Regime has been a danger since its inception in 1979, many people are only waking up to it now as its role in various regional conflicts across the Middle East (including Syria and Yemen).

In Syria, Iran and its terrorist proxy militia Hezbollah have sent fighters (including refugee children) to fight on behalf of the Syrian dictator Bashar al-Assad and to suppress the Syrian people’s legitimate cry for freedom.

This, along with Russian air support, led to Assad recapturing all the major cities it had lost to the rebels. There is still no political solution to the civil war.

In Yemen, Iran is supporting the Houthi terrorist cell by supplying them with advanced weapons (including ballistic missiles) and military training.

They are fighting against the internationally recognized Yemeni government and the conflict has resulted in famine, disease, and 2 million people being displaced.

The conflict was further escalated at the beginning of November when the Houthis fired one of those Iranian-made ballistic missiles at the Saudi capital of Riyadh, probably under Iranian orders.

The Houthis have claimed that they made the missiles themselves but the fact remains that they have neither the expertise nor the technology to create that missile in Yemen.

Of course, the real underlying problem is that the Iranian Regime is expanding its influence far beyond its borders and taking control via proxy in many Middle Eastern countries.

In Lebanon, Iran has backed the terrorist group Hezbollah for decades now. It has gotten to the point where Hezbollah has a vast grip on the Lebanese government and Iran has such a tight hold on Hezbollah that it can use it to fight proxy wars in other countries.

Saudi Arabia has decisively taken a stand against the Iranian Regime by putting pressure on Hezbollah, specifically by sheltering Saad Hariri, Lebanon’s prime minister, when he resigned at the start of the month.

Hariri resigned live from Saudi Arabia, citing Iranian interference in the Lebanese government (by way of Hezbollah) and an Iranian plot to assassinate him, as they did his father in 2005.

Hariri has now opened a dialogue with other Lebanese political leaders to address the problems that he mentioned and has “suspended” his resignation until those talks are complete.

However, Ra’fat Al-Dajani, a Palestinian-American political commentator, wrote: “Resolving the issue of Hezbollah will only occur when Iran and Saudi Arabia reach an accommodation and flashpoints between them in Syria, Yemen, Iraq and Bahrain are extinguished.”

Talks between U.S. and Iran begin

AP: The United States and Iran began talks on...