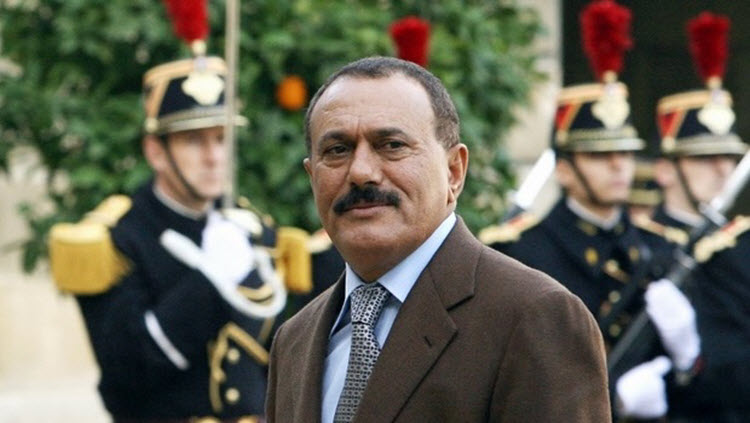 London, 9 Dec – The Iranian Regime has voiced their support for the assassination of former Yemeni president Ali Abdullah Saleh, indicating that their expansionist tendencies in the Middle East enjoy the support of all Regime members.

Iran regime’s president Hassan Rouhani, the chief commander of the Islamic Revolutionary Guards Corps (IRGC) Mohammed Ali Jafari, and the editor-in-chief of Kayhan, a newspaper close to Supreme Leader Ali Khamenei, all condoned the December 4 assassination, which was carried out by the Iranian-backed Houthi terrorist group.

Jafari even said that he saw Saleh’s assassination as a step towards fulfilling the goals of the Regime’s 1979 takeover of Iran.

He told Tasnim, a news agency close to the IRGC: “Iran’s allies in Syria, Yemen and Bahrain have taken inspiration from the experiment of the Iranian revolution.”

He even claimed that this foiled a plot against the Houthis, citing Saleh’s plans to reach out to the Saudi-led coalition for talks.

While Ali Akbar Velayati, a close ally of Khamenei, and Rouhani both painted this as a victory for the people of Yemen.

Velayati said: “The Saudi Emirati conspiracy (after the Saleh assassination) has failed in Yemen. The Yemeni people have resisted for two years Saudi barbaric bombing.”

Rouhani said: “The dedicated people of Yemen will make aggressors regret their actions.”

Of course, they failed to note that the Yemeni people vastly do not support the Houthis, who they see as Iranian puppets, and that there would be no Saudi-led coalition to support the internationally-recognised government had the Houthis not seized power.

Geneive Abdo, an Iran expert, wrote on National Interest that this instance showed a departure from normality within the Regime’s ranks as generally some members of the Regime- wrongly labelled moderates by the West- show a more measured response.

Abdo wrote: “In the past, the president and foreign minister generally offered more measured opinions and reactions on issues regarding violence and extremism associated with Iran and its proxies in the Middle East. But a combination of factors converging at the same time has shifted Iran’s posture. The regime has chosen to put forward a united front and no longer believes it is in its interest to either downplay its support for Shia militias and societies in the region or to renounce violence that works to its strategic advantage.”

Of course, it is important to note that the measured responses were really just acting as a mask to trick democratic governments into working with them. It’s the good-cop, bad-cop routine but where both the cops would kill you if they got the chance.

The abandonment of this routine is likely a result of changing global attitude to the Regime- what’s the point in pretending like you can play nice if everyone else sees through you?

Other factors include the worrying potential victory of Iran ally Bashar al-Assad in Syria (whose dictatorship has been propped up by Iranian proxies for over seven years now), and the perceived victories against Saudi Arabia in proxy wars in Lebanon, Yemen, Syria and Iraq.

This destabilisation of the Middle East- mainly as a direct result of Iran’s policies- has certainly worked to the Regime’s advantage.

New York Times: The American and European drive to...