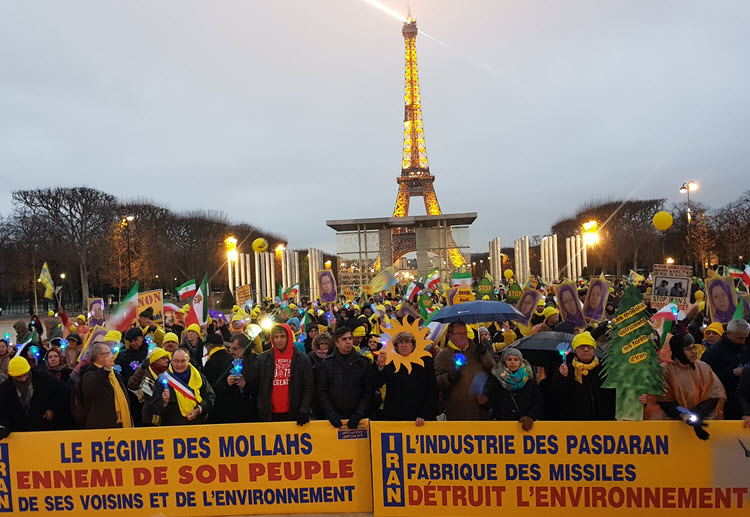 London, 12 Dec – The Iranian Resistance and their allies held a major protest in Paris on Monday, December 11, against the Iranian Regime’s expert human rights abuses and executions.

The demonstration, which marked International Human Rights Day on December 10, was attended by many high-ranking people from Europe and the Middle East and was concluded after four hours with a resolution in support of the Iranian people and their call for an end to the mullah’s regime.

One of the key people to address the rally was Maryam Rajavi, President-elect of the National Council of Resistance of Iran (NCRI).

Rajavi sent a message to the demonstration, which coincided with the One Planet Summit in Paris, declaring that protecting human rights and saving the environment in Iran “hinges on regime change”. 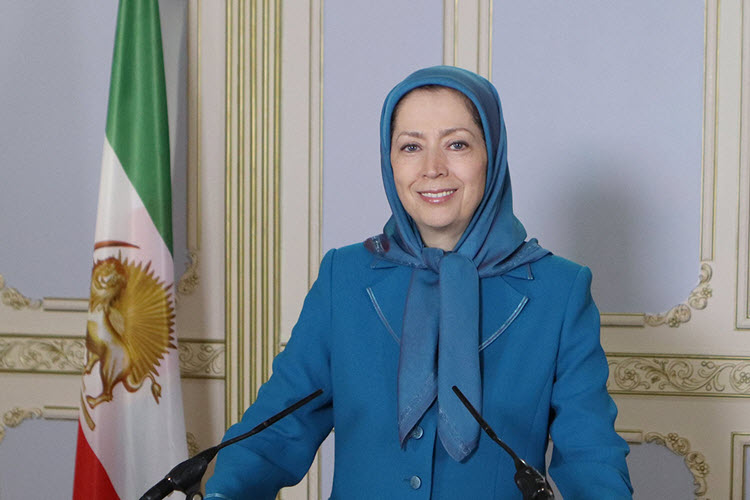 She said: The clerical regime and its IRGC continuously destroy Iran’s environmental capacities for their military and security plans, missile program and malign objectives. To contain domestic crises and their own instability, they have resorted to war and slaughter of the peoples of the region. Therefore, the realization of the Iranian people’s urgent demand to bring down the ruling religious dictatorship seeks not only to revive freedom, human rights, justice and the environment in Iran but is essential to peace and security in the region and around the world. 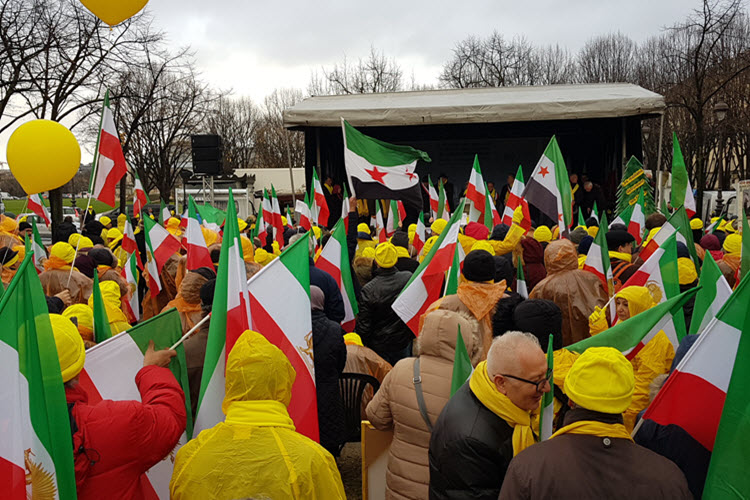 Regime change was an overwhelming theme of the protest with demonstrators chanting against European collaboration with the mullahs. 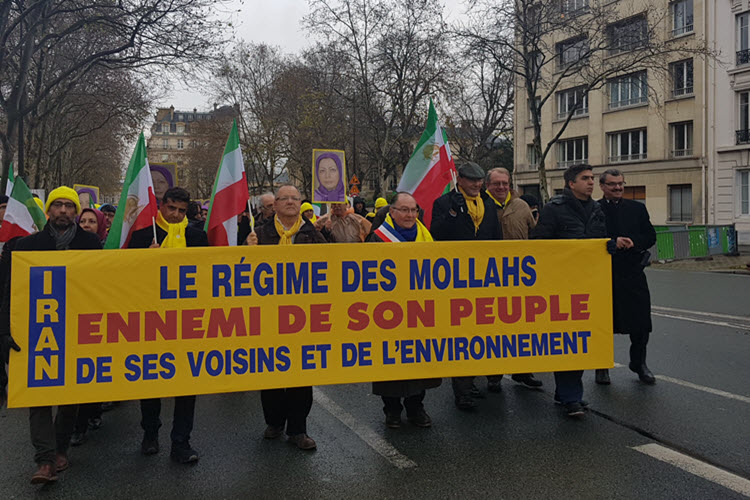 Rajavi urged the international community to condition their relations with the Iranian regime on an end to executions and called for recognition of the Iranian people’s desire for regime change.
Rajavi, who is in every way the opposite of the Regime leaders, has a 10-point plan for the future of Iran that guarantees a democratic society, separation of religion and state, gender equality, as well as equal rights and freedoms for various religious and ethnic groups in Iran. 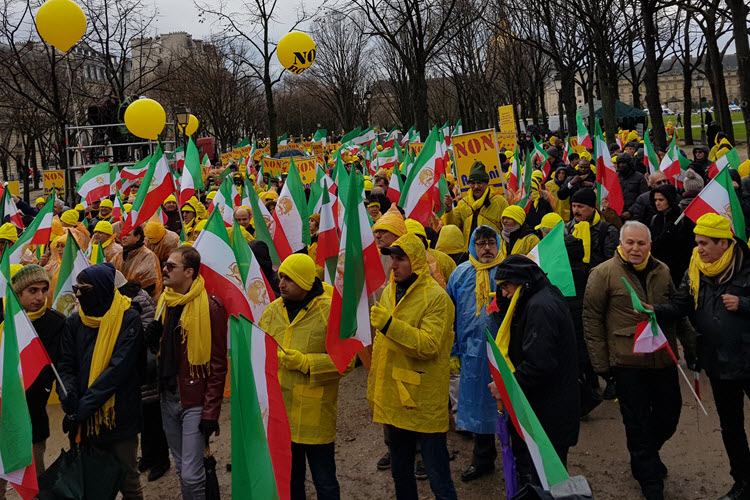 She described the nearly 40-year rule of the Iranian Regime as an experience of “mounting devastation and destruction”, citing internal suppression, including the 1988 massacre of 30,000 political prisoners, and external terrorism.

The mullahs’ Regime is well versed in ignoring the cries of its people over torture and executions, so why would they not ignore the cries about air pollution and droughts as well.

In her speech, Rajavi cited that many of Iran’s lakes are drying up whilst the jungle trees are being rapidly cut down, creating the perfect conditions for drought.

At the same time, air pollution has become intolerable in some cities and the mullahs have refused to adopt the resolutions of the Paris Agreement on Climate Change.

These crises have gotten so bad because the Iranian Regime will only put money into their military and terrorist proxy groups and not spend a bit trying to protect the environment or prevent the public health crises that environmental damage causes.

Rajavi called for the expulsion of the Iranian Regime and its terrorist proxies from the region.

Ravjavi said:”Tyranny and repression have removed every obstacle for Iran’s ruling mullahs in demolishing the environment. Shortage of water and its absence in some regions have created a horrifying prospect and terrible circumstances… We urge the international community to condemn the clerical regime’s relentless aggressions on Iran’s environment.” 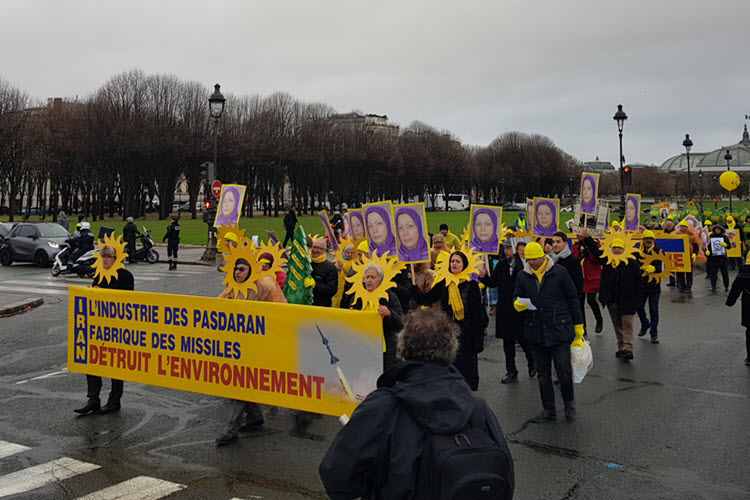 Others in attendance at the rally included:

• Jean-François Legaret and Jacques Boutault, mayors of First and Second districts of Paris

• Jamal Al-Awazi, President of the International Press Agency in Paris

Bloomberg: India is increasing imports of crude oil from...