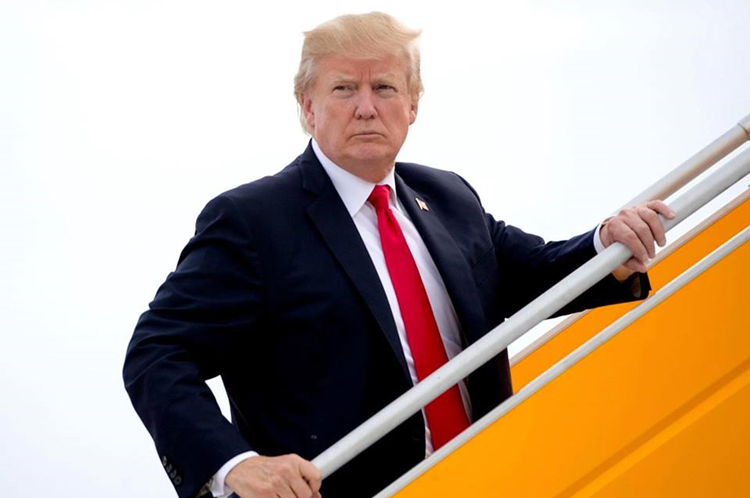 London, 3 Jan – Donald Trump has tweeted his support for the anti-regime protesters in Iran but he can solidify that support through US policy on Iran.

In just two weeks, Trump must decide whether or not to reimpose US sanctions on Iran’s oil exports that were waived under the nuclear deal; a decision that he handed to Congress in October after decertifying Iranian compliance with the 2015 nuclear pact and that Congress returned to him without a verdict in December.

Reimposing the sanctions would put economic pressure on the Regime’s leaders, potentially bring them back to the negotiating table for a new deal, and could be used as a bargaining chip for the human rights of the Iranian people, but some experts believe that there are also dangers.

Richard Nephew, who worked on sanctions policy at the White House under President Barack Obama, fears that this would allow the Regime to claim that the US is to blame for Iran’s economic problems. This is problematic because the failing economy is one of the reasons that protests began in several Iranian cities a week ago.

Nephew said: “Let’s say Trump was inclined not to renew the waivers. I think that (the protests) make it very hard for him to do that now because now that plays into the regime’s hands in a way that I don’t frankly think the administration is going to want to do.”

However, the people of Iran are not going to be fooled like this. They know that the economy was in tatters before Trump’s decertification and they know that this is because of the Regime’s regional warfare and support for terrorism; not US sanctions.

Ray Takeyh, an Iran expert and senior fellow at the Council on Foreign Relations, said that the mullahs would blame the US, no matter what Trump does.

He said: “The regime’s argument that the world is against us is a constant for 38 years.”

White House spokeswoman Sarah Sanders said that Trump has not yet made his final decision on the sanctions question and that the protests would not necessarily change his mind.

In recent days, Trump and his top officials have tweeted their support for the protesters and threatened additional sanctions based on human rights if the mullahs used force to end the protests. So far, hundreds have been arrested and at least 21 have died.

State Department spokeswoman Heather Nauert urged Iranian security forces to exercise restraint when it comes to the protesters and on the Regime to restore access to social media platforms, Instagram and Telegram. She suggested that the US may sanction the Regime for repressing peaceful protests.

Iran says it has ‘evidence’ scientist abducted by CIA

AFP: Iran has submitted "evidence" to the Swiss embassy...