A Post-ISIS, Post-Iran Iraq and Syria 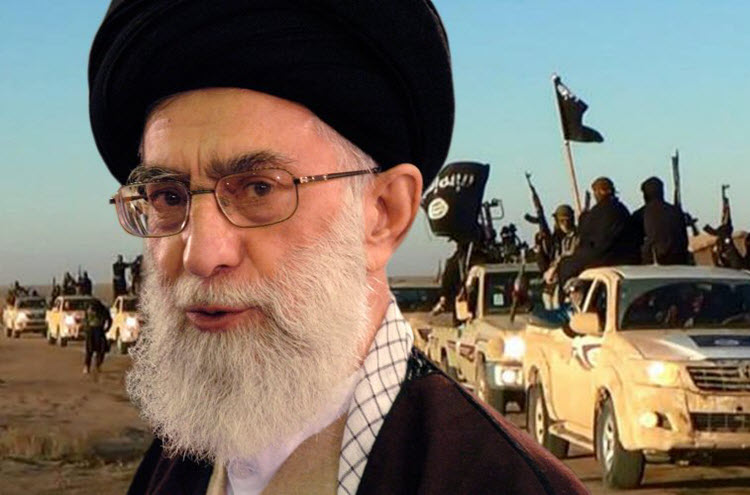 London, 1 Mar – If the US wants the help of Gulf countries to defeat ISIS, they must also insist that the Iranian Regime is removed from the area, according to an op-ed by a Bahraini writer and journalist.

Sawsan Al-Shaer wrote on Al Arabiya that if the US wants to ally itself with Gulf countries in order to see the expulsion of ISIS, they must also help the Gulf countries to remove other terror threats and make sure that land recaptured from ISIS is not taken over by the Iranian mullahs or their terrorist affiliates.

Al-Shaer wrote: “So there’s a US-Russian-Turkish-Gulf agreement to end the Iranian expansion in Arab capitals. We must be clear regarding this point if the world wants our cooperation to eliminate ISIS.”

She cites US Secretary of Defence James Mattis, who called Iran the world leader in state-sponsored terrorism and concluded that Iran’s expansionist tendencies must be kerbed when he visited the Gulf region. Mattis also vowed that the US would support Iraq following its liberation from ISIS.

She wrote: “We are before a united front that does not only insist on the exit of Iranian forces from Iraq and Syria but that also wants to end Iranian influence in them. This message is conveyed by both, Gulf countries and the US.”

The Saudi Foreign Minister Adel al-Jubeir has confirmed the Saudi Arabia would be willing to send troops to fight alongside the US against ISIS.

He said: “Saudi Arabia and other Gulf countries announced they’re willing to participate with special troops alongside the US. Some countries from the Islamic Alliance to fight terrorism and extremism are also ready to send troops. We will coordinate with the US to know what the plan is and what is necessary to execute it.”

He continued: “The major idea is to liberate areas from ISIS and to also guarantee that these areas do not fall into the hands of Hezbollah, Iran or the (Syrian) regime.”

The Turkish Foreign Minister Mevlut Cavusoglu has also made a statement agreeing with this, in his bid to arrange peace talks.

He said: “We must send a strong message in which we demand that all foreign militias exit Syrian territories immediately.”

Luckily, Donald Trump promised on the campaign trail that he would order his generals to draw up a plan to defeat ISIS within 30 days, so that should be coming shortly.

Al-Shaer points out that in Iraq, there are now talks about their situation post-ISIS.

She wrote: “This is why former Iraqi Prime Minister Nouri al-Maliki rushed to visit Iran in the beginning of January as he felt the circumstances are accumulating against Iran. He rushed to meet with Ali Akbar Velayati, Khamenei’s international affairs advisor, to be reassured over his future… Maliki said he went to Iran to meet with Khamenei to discuss what he called “possible threats post-ISIS.””

US fears ‘disastrous’ links in Latin America with Islamic militants

AFP: A top US military commander said Wednesday he...