Mike Pence: Europe Must Come Around on Iran Deal 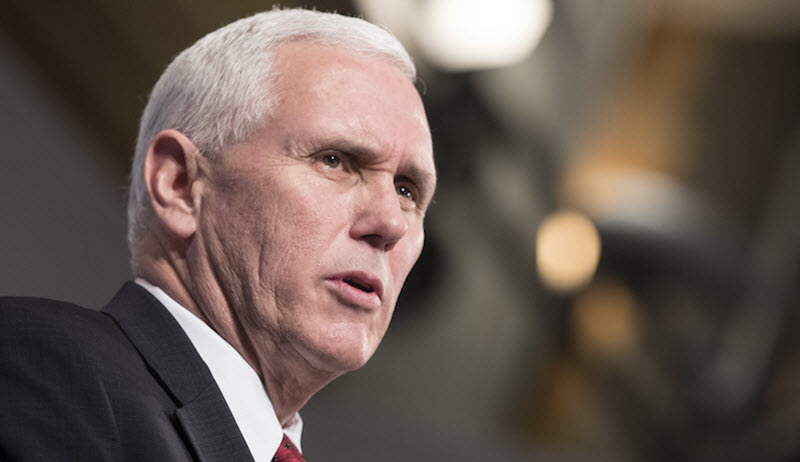 London, 24 Jan – US Vice President Mike Pence warned European countries on Tuesday that the Donald Trump administration will soon withdraw the US from the 2015 Iranian nuclear agreement unless significant changes are made.

During an appearance with Israeli President Reuven Rivlin in Jerusalem, Pence said: “We are sending a signal to our European allies that the time has come for changes in the Iran nuclear deal. If our allies won’t join us, President Trump has made clear we will withdraw from the Iran nuclear deal immediately. But we hope, we hope in the months ahead to be able to strengthen it.”

The changes that the US want to be made to the nuclear deal (also known as the Joint Comprehensive Plan of Action or JCPOA) include:

• the removal of so-called sunset clauses, which allows restrictions on Iran’s nuclear programme to expire in only a few years

• automatic triggering of “punitive sanctions” if Iran violates the agreement

Trump has spent much of his first year in office dealing with the Iranian nuclear deal, which he previously described as an “embarrassment” and “the worst deal ever”. This culminated in his October declaration that the Iranian Regime was non-compliant with the deal (citing ballistic missile tests, not allowing proper independent inspections, and overstepping the levels of heavy water, which is used to made nuclear weapons) and that the JCPOA was not in line with US national security interests.

After that the Republican-controlled Congress had 60 days to pull out of the deal entirely or revive Obama-era sanctions on the Regime, but ultimately it ended up back on Trump’s desk in January.

Trump decided to give the signatories to the nuclear deal until May to make amendments to the deal, warning that if changes were not made he would be pulling the US out for good.

This move has been welcomed by governments in the Middle East, like Israel, who have been the intended targets of Iran’s ballistic missiles and fear the consequences of a nuclear-ready Iran.

However, the European allies that Pence addressed are not so keen on ending the deal, although they appear to be coming around on making amendments to it., judging by French President Emmanuelle Macron’s recent comments.

There is also the issue of the non-nuclear threat posed by the Iranian Regime, as highlighted by U.S. Ambassador to the United Nations Nikki Haley., ranging from ballistic missiles to sponsorship of terrorism that also need to be dealt with.