How the Iranian Ruling System Is Crumbling 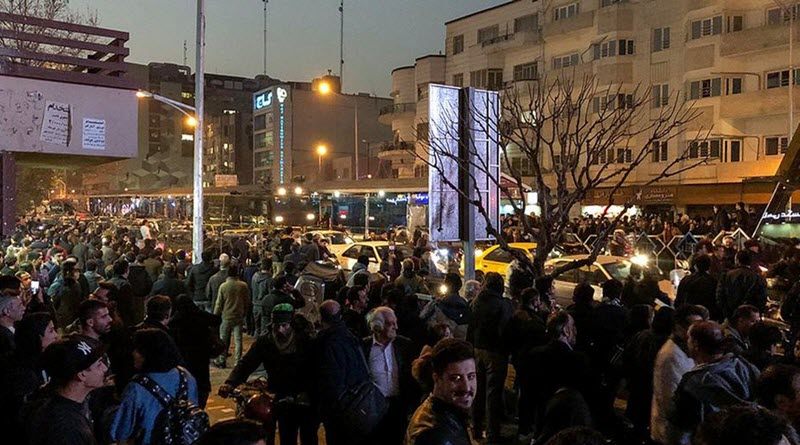 London, 01 Feb – The widespread protests in Iran have largely dissipated after a violent crackdown by the Iranian authorities, but the underlying issues that caused the protests still exist, so we should be wary of seeing this as an end to the Iranian people’s uprising.

One of the issues raised by the protesters was Iran’s sponsorship of terrorism and regional warfare (i.e. Syria, Lebanon and Yemen) and the money spent on this rather than on programmes to benefit the Iranian people (i.e. healthcare, education, employment). In response, the Ruling system pulled back some of its security forces from Syria, in order to suppress the protests.

Now Iranian rulers have to choose between increasing spending on theri people or theri military and proxy forces. This may seem like an obvious choice, but there is another problem facing the government.

Some of its security forces actually joined the people’s protest, rather than attacking them, while the Ruling system’s proxy forces are doubtful about the future of the regime and are actually trying to distance themselves from Iran because they fear that the fall of the Mullahs will bring them down too.

Iran has only made small economic concessions to its people in the wake of the protests, whilst still keeping at least 8,000 in prison facing the death penalty and continuing to torture political prisoners to death, forgetting that while the demonstrations were sparked by a draft budget, they soon grew into a protest about everything wrong with the system.

The regime also stole from the country’s so-called rainy day fund in order to increase defence spending for the security funding, which is bound to anger the people again.

Now the Lebanese Hezbollah and the Iraqi Popular Mobilisation Units (PMUs) are trying to engage in the political process in their respective countries, rather than continue as paramilitary forces, while forces in Syria are reporting low spirits and are leaving the ranks.

With those security forces turning their backs on the regime, we may soon see an end to the Iranian government’s interference in the Middle East, which is just a ploy to distract from their domestic problems.

Add to that the chronic infighting within the Ruling system, from warring factions desperate to gain power when Supreme Leader Ali Khamenei dies. This is not, as its often described in the West, a fight between moderates and hardliners. There are no moderates in the Ruling system.

It is perfectly clear that the Ruling system is increasingly unstable, deserted by its security forces, and hated by its people. Soon, the regime will fall.