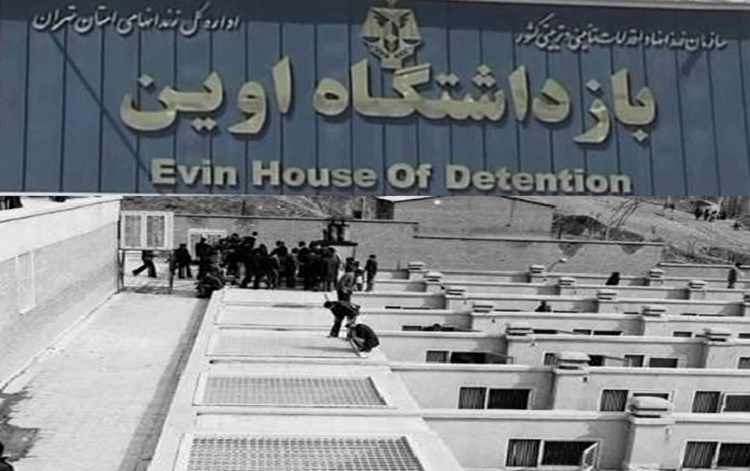 London, 05 Feb – On Tuesday 30th January 2018, just over a month after protests and anti-government demonstrations swept across Iran, a group of Iranian parliamentarians were permitted to visit the notorious Evin Prison in the nation’s capital city. The eleven members of Iranian Parliament were able to spend several hours there.

The news of this visit comes after the death of Khaled Qaisari. Qaisari was tortured to death in Kermanshah Prison in western Iran. This brings the total of deaths because of torture following the recent uprisings to at least twelve.

The run up to the Evin Prison visit by the parliamentarians was full of postponements, preparation and planning. On the 28th, the visit was cancelled because of “unfavourable weather conditions”. A few kilometres away, Members of Parliament were however able to hold a session with regards to President Hassan Rouhani’s budget bill.

The MPs had been banned from talking about what they observed at the prison, but some spoke about crimes towards the imprisoned protesters.

On Friday 2nd February, Alireza Rahimi of the National Security and Foreign Policy Committee quoted the criminal director of the Prisons Organization regarding the figures for last month. He said: “The total number of prisoners in January events was 4972,.73.94% of whom were men and 27.5% were women. 438 people are still in detention. In addition, 55 people are detained in the Ministry of Intelligence.”

However, these figures must be taken with a pinch of salt, as do any figures that come from the Iranian regime. It must also be noted that these figures are for the regime’s Prisons Organisation only and do not include those that are imprisoned in other institutions such as those belonging to the Islamic Revolutionary Guards Corps (IRGC), the IRGC’s intelligence and other repressive forces.

The purpose of the visit was to cover up the crimes committed by the authorities. In Evin prison, Sina Ghanbari, a young protester, died in January. The prison authorities have said that he committed suicide, but it is believed that he was tortured to death. Speaking about Ghanbari’s death, MP Mohammad Kazemi said that there is very little information to support the claims of suicide.

Providing more insight into the way the visit was organised and carried out, Kazemi said that there were about 50 additional people accompanying the eleven MPs. He also said that any conversations with the prisoners happened in the presence of numerous officials and prison deputies and that he would have preferred for them not to be there.

It is clear that the presence of other authorities would have intimidated the prisoners into withholding information and preventing them from speaking freely about the conditions they endure.

The president elect of the National Council of Resistance of Iran (NCRI) estimates that more than 8,000 people were arrested during the recent protests and slammed the regime for torturing prisoners. Mrs. Maryam Rajavi urged the United Nations and the Council of Europe to act immediately and efficiently to ensure that the regime is held accountable.

AFP: Iranian state television broadcast on Wednesday what it...