The Truth Behind the MEK in Iraq: Part 1 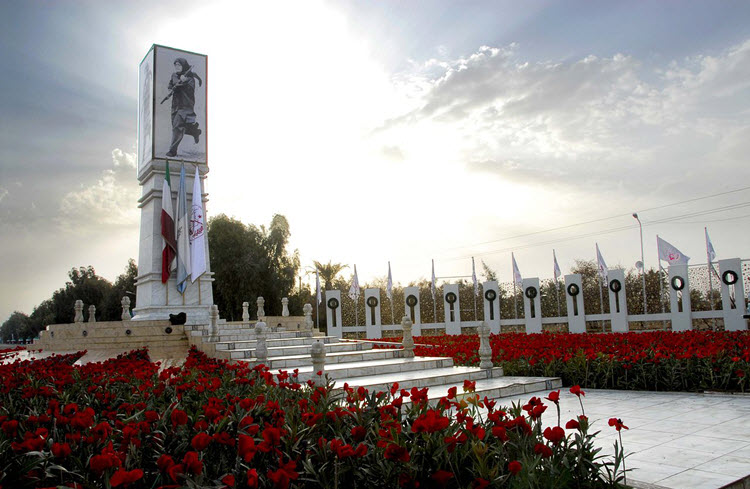 The People’s Mojahedin Organization of Iran (PMOI/MEK) have resided in two separate camps (Ashraf and Liberty) in Iraq from 1986 to 2016. This article will tell the story from 1986 until 2009.

In 1986, in addition to MEK members and sympathizers from Iran around 1,000 MEK members travelled from France to Iraq to build a new operations base for the Iranian Resistance. They were granted a small patch of barren land in the desert, near to the Iranian border, with only a handful of deserted and partially-constructed buildings that had no running water or electricity. It expanded rapidly as MEK supporters from the West, mainly students and professionals travelled to the remote area with hopes of bringing democracy to Iran.

This was during the Iran-Iraq war, which the MEK, Iraq, and the people of Iran wanted to end. The mullahs, however, pushed on in the hope that they could turn Iraq into an Iranian province. Thus the MEK formed the National Liberation Army (NLA), which eventually resulted in a UN ceasefire to the war.

Following the war, the MEK build Camp Ashraf into a 14-square-mile city with a university, mosque, museum, bakeries, shopping centre, four Olympic size swimming pools, zoo, and various social and other sports facilities. However, they still remained committed to their objective of bringing democracy to Iran.

During this time, Ashraf was often the subject of attacks by the Iranian Revolutionary Guards (IRGC), but thanks to the MEK’s secure bunkers, casualties were minimal.

The next time that the MEK faced off with the Iranian Regime on a large scale was after of Saddam Hussein’s defeat in the first Gulf War. The IRGC crossed into Iraq, which was still in chaos, with the intention of eliminating the MEK. However, the MEK was prepared and caused Iran’s forces to retreat in defeat with huge losses.

During the second Gulf War, as forces led by the US prepared to invade Iraq, the MEK once again declared themselves neutral and consolidated its forces to avoid any involvement in the conflict. However, they were repeatedly bombed by US and British air forces, as part of a deal between the US and Iran, in order to keep Iran out of the war. Nearly 50 MEK members died in those attacks.

When the multinational forces arrived at Camp Ashraf, the MEK didn’t resist them, but did refuse to surrender on the basis that they hadn’t been involved in any fighting. In the end, the MEK signed an agreement of “mutual understanding and coordination” and voluntarily handed over their weapons in exchange for protection.

This protection under the Fourth Geneva Convention came after a 16-month investigation of the MEK by the US, which found that the MEK were not enemy combatants and had not fought against the multinational forces.

The protected persons status should have protected the MEK members from danger, violence, coercion, and intimidation and enshrined their rights to food, health care, contact with the outside world, employment, and fair treatment under the law.

However, after the withdrawal of US troops and the transfer of responsibility for the MEK members to the Iraqi government in 2009, something went horribly wrong.

This is part of a series about the MEK in Camps Ashraf and Liberty in Iraq. The next instalment will be out next week.

The Wall Street Journal - OPINION, COMMENTARY Cleaning Up After the...

Iran mischief-making is a threat to our troops

The Scotsman - Leaders: Alex Salmond has lost no...