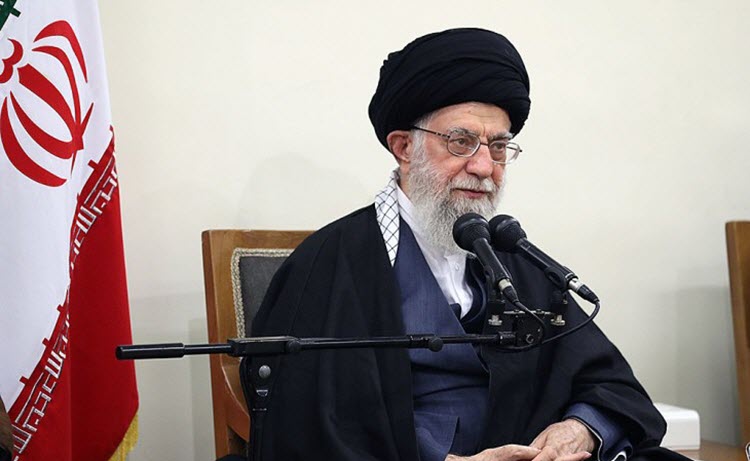 London, 27 Feb – The state-owned Iranian media has been emphasizing the statements made by Supreme Leader Ali Khamenei regarding the problems that Iran is facing without questing his motives or his actions according to a leading Iran expert.

Dr. Majid Rafizadeh, an Iranian-American political scientist, wrote an op-ed on Arab News decrying the Iranian Press for failing to hold the senior officials to account, while acknowledging that the intrinsic links between those at the top of the administration and those running the media make it impossible for the officially sanctioned journalists to serve as the fourth estate.

The Etemad newspaper, whose editor-in-chief is a former military officer, stated that Khamenei is “fully aware of (people’s) criticisms”, making it seem as though he would soon do something to address crippling poverty, but Dr. Majid Rafizadeh advises that this is just part of Khamenei’s good cop, bad cop strategy.

Dr. Majid Rafizadeh wrote: “This shrewd policy is one of the reasons that Khamenei has been capable of ruling for nearly three decades (he is the second longest-serving dictator in the region)… In his tactical and crafted speech, he acknowledged that people are suffering because of the economy, unemployment and injustice.”

In this way, Khamenei can look like he is on their side and separate himself from the establishments (both religious and political) that the Iranian people have problems with, whilst blaming these problems on anonymous officials who do not listen to people’s concerns.

Dr. Majid Rafizadeh wrote: “By throwing the ball into other people’s court, Khamenei is evading accountability and responsibility.”

Another paper, Ettela’at, wrote that Khamenei had blamed the aristocracy for caring more about foreigners than the oppressed people of Iran, but Dr. Majid Rafizadeh questioned who these officials are.

Dr. Majid Rafizadeh wrote: “The term ‘officials’ is ambiguous. Not only it does not solve the underlying problem, it actually complicates it. By pointing fingers at ‘officials’, does Khamenei mean it is Iranian President Hassan Rouhani or a low-level clerk who works at the Ministry of the Economy who is responsible for the injustices? Does he mean it is a soldier of the Islamic Revolutionary Guard Corps (IRGC) or Qassem Soleimani, the commander of the Quds Force — a branch of the IRGC that conducts covert and extra-territorial military operations — who is responsible?”

This failure to name the people responsible and insistence on using a broad and ambiguous term means that Khamenei can avoid holding anyone in power to account and it’s a system that has worked for many years.

Dr. Majid Rafizadeh wrote: “If Khamenei was truly trying to find out which officials were responsible for the people’s poverty and economic injustices, one approach would be to look at the government’s organizations and the affiliated individuals who control and receive a large portion of the nation’s resources, revenues and budget. Another method would be to observe who makes the final decisions when it comes to the economy and domestic and foreign policies.”

After all, it’s not as if Khamenei doesn’t have the power to do this, if he wanted to. The problem is that he doesn’t want to because he knows that he and the IRGC will be found responsible.

Dr. Majid Rafizadeh wrote: “In a nutshell, Khamenei’s good cop, bad cop strategy is aimed at dodging responsibility, accountability and strengthening his grip on power. To detect who is responsible for the people’s poverty and the injustices that many endure, Khamenei should look no further than those who make the top decisions: Meaning himself, his loyal forces and the gilded circle of his cronies.”

Iran to stage set-piece rally to show support for nukes

Showdown looms as Europeans give Iran a stark choice

The Times: Europe and Iran were last night headed...