Future of the Iran Nuclear Deal Depends on Europe 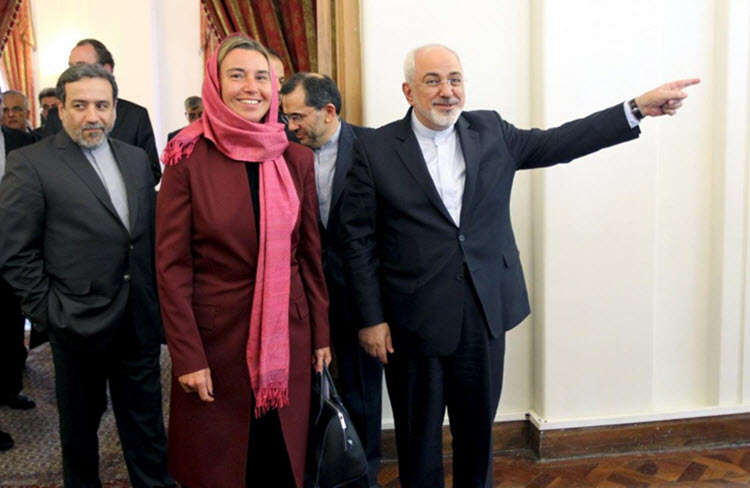 London, 28 Feb – When the 2015 Iran nuclear agreement was signed, many hoped that it would be the start of a new era – a less belligerent and non-nuclear Iran. However, this was far from the reality. Nothing really changed with regards to Iran’s meddling and trail of destruction across the Middle East.

When President Trump took office, he ended the policies of appeasement that were clearly not effective. He decertified the deal in October last year because Iran refused to let international inspectors have proper access to nuclear and military sites and because it was still trying to access missile and banned nuclear technology, among other violations.

Although Iran’s compliance was decertified, the US is still a party to the deal. However, Trump will soon make the decision about whether the US will pull out fully.

Whatever he decides to do, it is important that the correct policy is put into place. Iran is spreading terrorism and chaos across the region and it needs to be stopped. Iran’s ballistic missile program is a great concern and there has been no normalisation of behaviour. Furthermore, huge sums of cash were freed up as a result of the nuclear deal, but this was spent on furthering conflicts abroad instead of on the people of Iran.

The social conditions in Iran are horrific and the people decided that enough was enough at the end of December last year when they took to the streets to protest their conditions. Protests about the dire economic situation quickly turned into anti-government demonstrations and calls for regime change.

The people of Iran know that there is no other option other than regime change. The mullahs have been given chance after chance to lead the country the way it should, but time and time again it chooses conflict abroad over its people.

Trump warned that he would pull out of the nuclear deal before even taking office, however some experts believe that it is better for the US to remain in. The US is actually in a strengthened position, especially now that Trump has made his intentions clear and the EU appears committed to producing a better and stronger deal.

Trump has said that he wants sanctions on Iran to be broadened and he wants European support. His administration has also demanded that the “sunset clauses”, the clauses that put an expiry date on the deal, are removed. And Trump wants Iran’s ballistic missile program to be addressed.

If Trump can obtain all of this, then it would be the sensible decision to remain a party to the deal. And a united Western front is what is needed when it comes to Iran and together, the US and the EU can work on a more comprehensive approach to the issues.

Iran in no position to negotiate – it is weak and cannot overcome many more hurdles. It is facing a huge amount of domestic unrest and pressure from the West could finally tip it over the edge.

AFP: Iran has adopted a tough and uncompromising stance...