Sanction on Iran Will Punish Syria Too 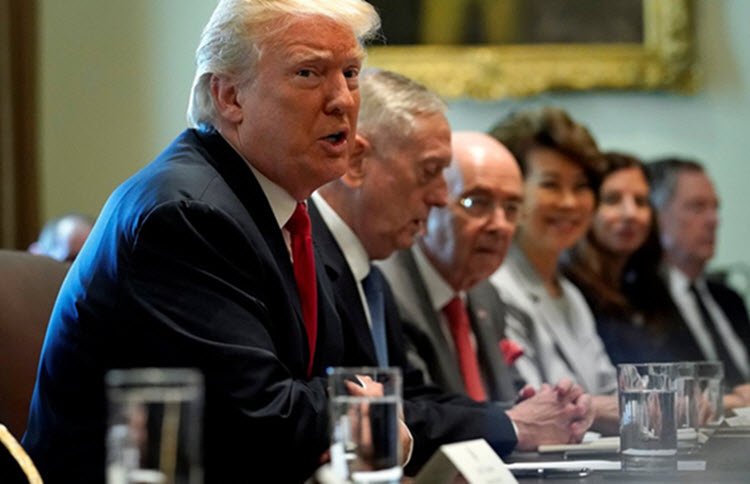 London, 12 Apr – It is no secret that Syrian dictator Bashar al-Assad is receiving large amounts of financial and military support from Iran and so it seems more than obvious that the international community can kill two birds with one stone by applying sanctions on Iran.

This would not only punish Assad for repeatedly using chemical weapons on the Syrian people and Iran for its role, but it would also cut off the money that would fund another such attack.

Richard Goldberg wrote: “The [American] president should . . . target the financial lifeblood of Iran’s strategic hold on Syria: the Central Bank of Iran. In January, Donald Trump promised to stop waiving sanctions on the bank unless Europe helped him fix Barack Obama’s nuclear deal. But the deal can never be truly fixed so long as Iran can use its central bank to spread evil outside its borders. It’s time for Trump to signal his intention to allow the sanctions waiver to expire.”

When Iran gained sanctions relief after the signing of the nuclear deal, they did not use it to stabilise their failing economy. Instead, they plunged their newfound cash into the funding of terrorist groups around the world (i.e. Hezbollah, Hamas), regional interference (i.e. Yemen, Iraq, Syria), their malign ballistic missile programme, and domestic suppression via the Islamic Revolutionary Guard Corps (IRGC).

Basically, any business deals with Iranian companies (usually a front for Iran) or return of frozen assets from abroad, went directly into the ruination of the Middle East. Assad’s chemical weapons attacks were subsidized by Iran’s Central Bank, and therefore by any company that has agreed to trade with Iran.

The US has already made clear that they wish to re impose sanctions on Iran in May if the flaws in the nuclear deal are not fixed, which doesn’t seem likely. However, European powers want to stop Trump from doing so because their companies are doing quite well out of the deal.

Trump should stand his ground when he is visited by French president Emmanuel Macron and German Chancellor Angela Merkel later this month. They want exceptions to these sanctions and Trump should explain to them that every sanctions waiver provides more money for Iran to build missiles, support terrorists, and increase crimes against humanity.

With the Iranian currency at an all-time low, continuing protests from any angry populace, and so many more signs that the ruling system is unstable, the international community should act now. Putting pressure on Iran now will allow the Iranian people to rise up, overthrow their oppressors, and create a new Iran with a focus on human rights, not international meddling.

Iran’s Regime Has Nothing To Offer but Weakness

In recent years the weaknesses of Iran’s regime have...