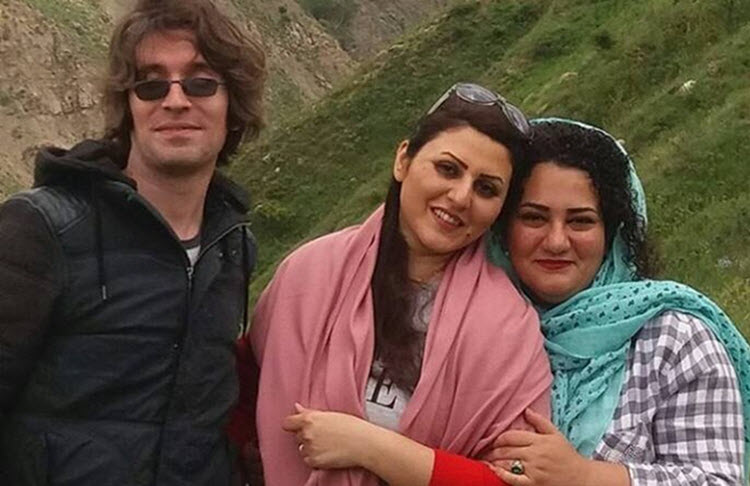 Thursday marks 70 days since the start of a hunger strike by political prisoners Golrokh Ebrahimi Iraee and Atena Daemi. The two women are currently being held in Qarchak Prison, a converted chicken farm with markedly poor conditions including a lack of adequate access to potable water. The facility is ordinarily reserved for violent female offenders, and the transfer of Iraee and Daemi to Qarchak was emblematic of Iranian authorities’ neglect for domestic laws regarding the separation of prisoners according to the nature of their offenses.

Iraee is serving a six-year sentence on the charge of “insulting Islam,” based largely on an unpublished, fictional short story that was found in a notebook in her house during an unlawful search. The story reportedly describes a woman setting fire to a Quran after witnessing another woman being stoned to death. Daemi, meanwhile, is serving a seven-year sentence stemming from her meetings with the families of political prisoners and her critical posts on Facebook, including some which called attention to the mass execution of political prisoners in the summer of 1988.

Both women were being held in Evin Prison, home to most of the country’s political prisoners, before being forcibly transferred to Qarchak in January. Their hunger strikes began soon thereafter, and they were later joined in that protest by Iraee’s husband, Arash Sadeghi, who had previously carried out a 70-day hunger strike aimed at compelling the authorities to review the case against his wife after she was arrested in 2016. In February, Sadeghi ended his participation in the latest protest, following appeals from cell mates who were concerned for his survival.

Despite this fact, Iran Human Rights Monitor indicated this week that the Sadeghi continues to face the danger of death or severe, permanent health effects, due to his being targeted with prison authorities’ familiar tactic of withholding access to medical treatment. The report indicates that the political prisoner, who is serving a 15-year sentence for spreading “propaganda” and insulting the regime’s founder, has been deprived of specialized treatment for an entire year as the Iranian Revolutionary Guard Corps has continue to exert pressure on his case.

The report also indicates that that pressure has seemingly increased in recent months, presumably in response to his brief participation in the hunger strike that is still ongoing for Iraee and Daemi. Sadeghi’s deteriorating health condition – aggravated by the poor food provided to him at Rajai Shahr Prison – highlights the long-term difficulties that the two women could face even if their demands are met for transfer back to Evin.

On Tuesday, the National Council of Resistance of Iran reported that Iraee’s and Daemi’s cases had accordingly been taken up by a number of human rights activists. But their cases and that of Arash Sadeghi are only a few examples of the larger phenomena that are common to Iranian prisons and especially towards housing political prisoners.

In recent days, Iran Human Rights Monitor also highlighted three other instances of prisoners being deliberately denied access to medical treatment. On such case involved another hunger striker, Hamzeh Darvish, whose protest has now exceed 20 days. On the 18th, he reportedly lost consciousness on two separate occasions, but despite this and other signs of deterioration, prison authorities have continued to treat him harshly. According to the report, the facility’s warden even went so far as to say that Darvish would only be released in the event of his death.

In a case that arguably underscores the seriousness of such promises, Iran Human Rights Monitor also highlighted the case of Zainab Jalalian, a Kurdish political prisoner who has never been granted medical furlough despite requests spanning 10 years, during which time she has suffered worsening afflictions of the eyes and digestive tract.

In still other cases, like that of Mohammad Jazan Azizi, prisoners are deprived of medical treatment for problems that they have developed specifically as a result of their mistreatment at the hands of arresting authorities or prison officials. Iran Human Rights Monitor indicates that Azizi’s right arm was wounded during his arrest and that seven months later it was partially paralyzed. Despite this, and despite several letters detailing his need for medical attention, no provisions have been made for furlough or specialized care.

Japanese PM promises support to US on Iran