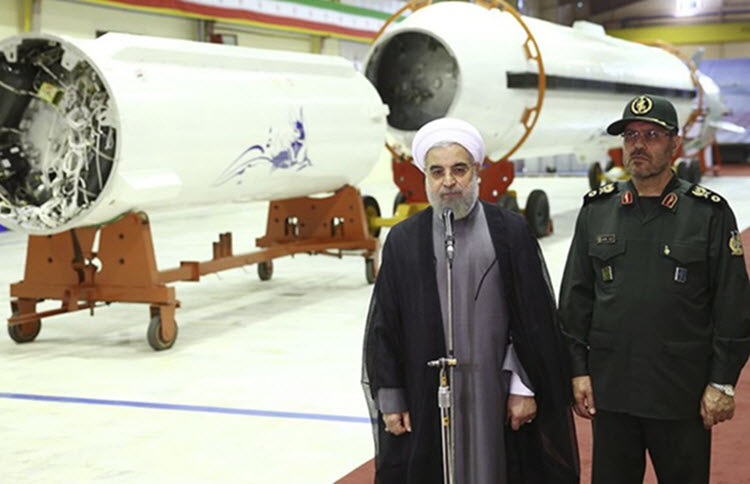 London, 12 Apr – Following the devastating chemical attack in Eastern Ghoutta, Syria, that killed dozens of civilians and injured thousands, we may well see another US strike against Syrian airfields.

In 2017, following a chemical attack on the Syrian people by Bashar Assad’s forces, Donald Trump condemned the dictator on Twitter and ordered 59 Tomahawk missiles to strike Syria’s Shayrat Airfield, where the chemical attack had been launched from.

Now, Trump has already condemned Assad on Twitter and called out Iran and Russia for their support of the Syrian dictator. But will a missile strike really go far enough?

Eli Lake wrote on Awwsat that this would be nothing more than a half measure because Trump desperately wants to remove US troops from Syria.

Lake advises that what Trump should really do is break up the Russo-Iranian-Assad coalition in order to allow the Syrian people to overthrow their dictator, otherwise the humanitarian crisis caused by the Syrian civil war will only get worse.

For instance, many Syrians have fled the country looking for safety in other states. Syria has proposed seizing their abandoned homes in order to reward their Iranian benefactors by giving homes (or the money from their sale) to Iran. Money that Iran would not doubt plunge back into their foreign interventionism and support for terrorists.

The US should also lead the way to impose new sanctions on Iran for its role in the Syrian Civil War. The mullahs have plunged billions of USD into the conflict since 2011, providing troops, weapons, money, and training.

Iran had two reasons for being in Syria and it wasn’t the ones that they have readily provided, fighting ISIS and defending the shrines. Iran’s militias are hundreds of miles from the shrines and the threat of ISIS has been all but defeated by the US-led forces.

No, Iran entered Syria hoping to crush the people’s uprising. They believed that they could use this to stop the Iranian people from rising up in protest, which has not worked, and turning Syria into a vassal state, which might.

Sanctions on Iran would punish them for their involvement in Syria, cut off the cash flow to the brutal Syrian dictatorship, and could even help the Iranian people rise up against the mullahs.

Lake wrote: “If Trump really ends up following through on his promise to get out of Syria (perhaps as early as October), he will be… helping Iran complete its land bridge to the Mediterranean Sea.”

World powers to meet in Berlin next week on Iran

Free Iran’s freedom fighters: Those who slander the MEK know nothing about its promise