War Is Not the Only Way to Deal With Iran 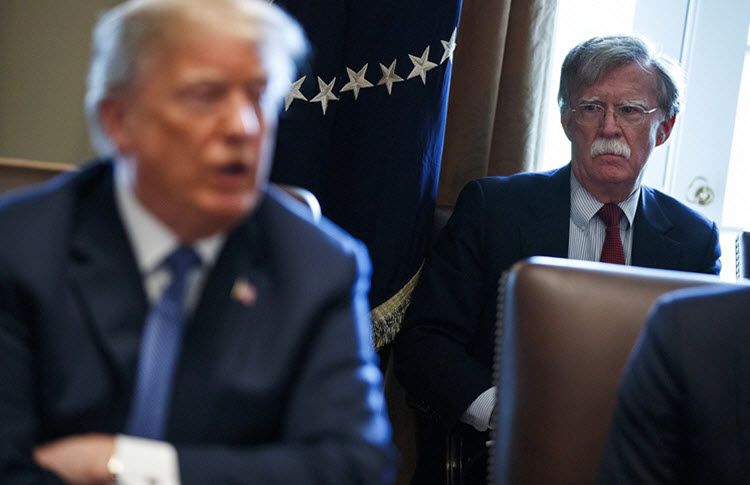 London, 19 Apr – When it was announced that John Bolton would be taking up the position of national security adviser in the Trump administration, many claimed that this was increasing the likelihood of another US war in the Middle East.

However, the US is already caught up in several conflicts in the region and the threat to international security is real. Stability in Iraq is uncertain and the Taliban looks set to re-emerge in Afghanistan. The United States has a necessary presence in Syria where is it trying to minimise the damage caused by Bashar al Assad. US allies are facing a threat with the civil war in Yemen.

If we stand back and look at all the conflicts in the Middle East, we will see that the common denominator is Iran. Iran is involved one way or another in all the conflicts and it has a huge number of militias and proxy groups acting on its behalf in various different countries. It is arming, funding, training its proxies and aligning itself with rebels.

Former President Barack Obama believed that his appeasement policy would calm Iran’s aggression in the region, but it did not. In fact, it made Iran bolder and more belligerent. Provocations rose and it started to meddle further in other countries.

Obama’s appeasement resulted in a weak nuclear deal that barely curbs the nuclear threat. He gave too many concessions to Iran and failed to address points that should have been dealt with.

Trump is now taking a more assertive approach and this is what John Bolton advocates. As a strong critic of the appeasement policy toward Iran, it is clear that Bolton wants to take an aggressive approach. However, this does not mean that war is on the cards.

The United States can assertively show Iran that appeasement is no longer on the table by increasing sanctions and taking steps to ensure that its human rights abuses and crimes are addressed and punished.

Bolton is a supporter of the National Council of Resistance of Iran (NCRI), the main opposition to the Iranian regime. The NCRI is trying to bring human rights, freedom and democracy back to Iran and the only way to do this is to ensure regime change happens. Bolton has attended several NCRI events where he has pledged to help the people of Iran overcome the horrible suppression they are subjected to.

To help the people of Iran achieve their freedom through regime change, it is essential for the international community to stand behind them.

The regime has subjected the people to decades of abuse, torture, arbitrary arrests, suppression, oppression, censorship and so on. Yet the people will not be beaten. They are proudly and bravely taking to the streets to call the regime out and to pave the way for a brighter future. They are risking arrest, detainment and torture, and even execution. They have nothing to lose and everything to gain. The peaceful opposition will not only bring great change for the people of Iran, but also to the region as a whole.

AP: Iran is two years to five years away...