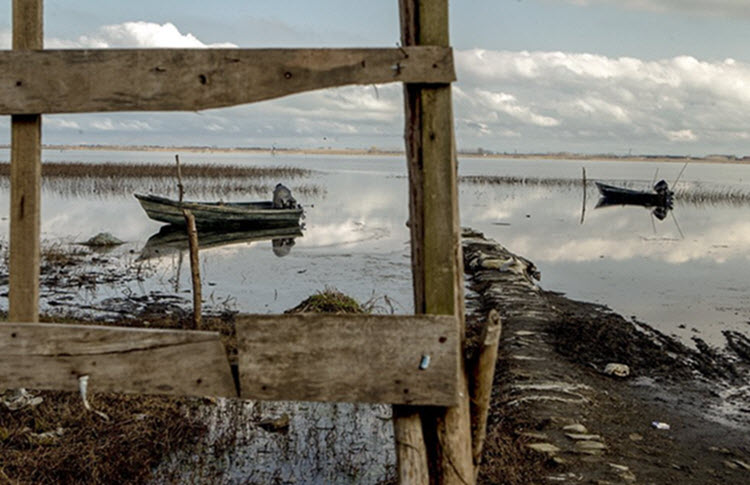 London, 18 Apr – The 19,000-hectare wetland in Bandar Anzali, Iran, was once designated as a Ramsar site for its natural beauty, extensive water flora, and important role in the lifecycle of water birds, in particular breeding.

The unique ecosystem was once a flourishing tourist attraction and preservation site, but after decades of mismanagement regarding waste disposal and other environmental matters, the spectacular wetland is facing grave threats that need immediate attention.

Let’s look at these.

environmentalist Mohammad Amin Ma’soumi said that in some parts of the wetland, you can see nothing but waste.

He reported that 150,000 tons of waste are dumped in Bandar Anzali every single day. This leads to 90,000 litres of leachate entering underground water sources and the wetland. And that’s just what gets reported, waste from surrounding cities often finds its way to the wetlands too.

The waste is causing water pollution, by decreasing the levels of oxygen in the water, and killing many fish in the lagoon.

The waste has formed a thick layer of sediment across some parts of the lagoon, which prevents boats from crossing.

Ma’soumi said that the wetland is similar to a bowl of water. If sediment keeps getting added, then the water will eventually overflow. This could potentially cause the water to divert away from the wetlands, leaving a bare area behind.

He reported that the waste, its leachate, and stagnant water was producing a strong smell that is not only discouraging visitors, but could also deter wildlife.

Social activist Armin Safdel reports that some people have been deliberately starting fires in areas of the wetland that have already drained, in order to occupy the land in the future.

He noted that in the period March 2017-March 2018, 17 hectares were burnt. Since March 21, fire has ravaged three more hectares.

He argued that the local people need to be educated about the importance of the wetland in order to protect the area.

They mostly use the wetland as a tourist attraction and take paying customers on boat tours, but this is badly affecting the birds and other animals.

Of course, all of the environmental problems in Iran are the result of corruption and ineptness by the ruling mullahs.

The waste problem occurs because the mullahs allow people to dump there with no waste management solution. The wetlands are at risk of drying out because of high waste levels and the syphoning off of water for agricultural activities.

The problem is that the mullahs are not acting to protect the wetlands; they are ploughing the Iranian people’s money into foreign wars, support for terrorist militias, and living their own pockets.

The environmental crisis in Iran will not be dealt with by the mullahs, but only by regime change.

Four Ways to Counter Iran and the IRGC