Is Pompeo the Right Choice? 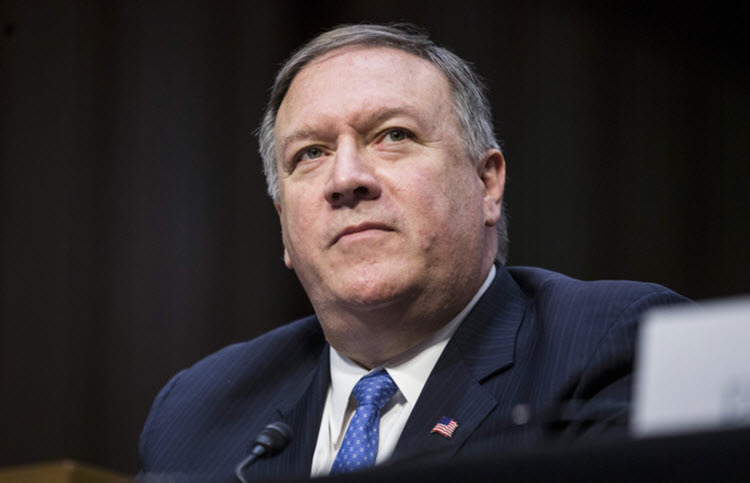 London, 21 Apr – Recently in the United States it became known that Mike Pompeo, the Secretary of State-designate, met with the North Korean leader. The news broke as Democrat opposition to his nomination increased.

White House officials are calling on Democrats to put politics to one side and put national security first by confirming his appointment.

Pompeo first needs to get the vote from the Senate Foreign Relations Committee which will be highly unlikely as several members have already announced their intentions to deny him their vote.

However, putting politics to one side, Mike Pompeo has a reputation of being a sharp critic. Any negotiations with North Korea would undoubtedly benefit from Pompeo’s input. During his time in Congress, he fiercely criticised the 2015 Iran nuclear deal that was negotiated by former President Barack Obama, Iran and several world powers.

Furthermore, last year he spoke about Iran’s attitude to the deal and pointed out that it was not in full compliance with the terms of the nuclear agreement.

However, last week he said that he would prefer for the nuclear agreement to be strengthened rather than have the United States exit it. He said he was for the talks between the United States and Europe with regards to removing the sunset provisions and making it stronger, including ensuring that inspection protocols are satisfactory. He also said that it is preferable for the Iranian ballistic missile program to be addressed at the same time.

As Secretary of State, Pompeo would lead discussions with Europe. The issue is time sensitive because Trump imposed a deadline of 12th May, affirming that he would reimpose the sanctions that Obama lifted.

To have Mike Pompeo as the new United States Secretary of State would go down well with the Europeans who have become increasingly concerned that the changes in Trump’s administration are the president’s way of ensuring a US exit from the deal. Pompeo would be the intermediary between the Europeans that want to remain in the deal and the US president who seemingly wants out.

Pompeo has proven that he is able to deal with Iran as he played a big part in investigating the money laundering carried out by the Islamic Republic.

So, the Democrats that are thinking about opposing Pompeo’s appointment would do well to consider that he wants to fix and keep in place the deal that Obama valued so much. He does not want it to be scrapped. This is the perfect opportunity for the United States and Europe to curb some of Iran’s belligerence. It is involved in almost all of the conflicts in the Middle East and is responsible for countless human rights violations at home and abroad.

Iran’s presence in Syria is particularly devastating and it is true to say that the civil war would have ended years ago if Iran has not propped up Bashar al Assad for all this time. The people are calling for Iran to leave Syria and it is now time for the international community to follow suit.