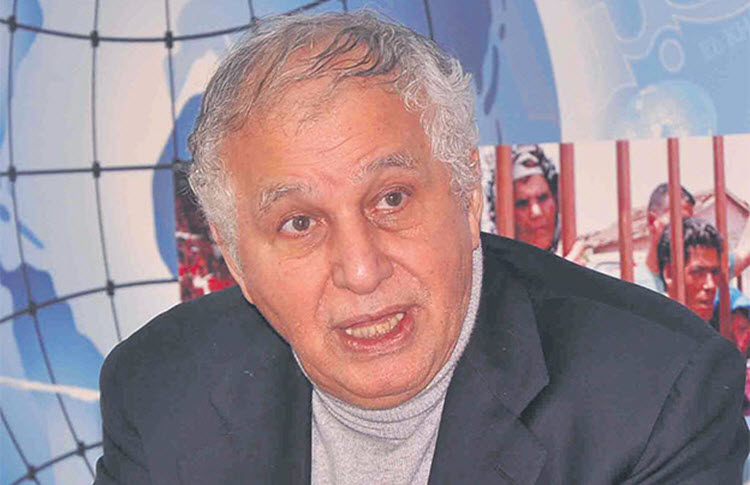 London, 23 Apr – Iran has become involved in North African regions like Algeria, and has created problems they were never before experienced in North African history, such as the Sunni-Shiite sectarian conflict. Iran introduced these conflicts, and is now seeking to uproot North Africa from its Arab roots.

North Africa is close to the Europeans geographically. Historically and culturally, the North Africans are closely related to Europe, as well. North Africans are well suited to warn European parliaments, organizations, and media outlets about the dangers Iran poses.

Prior to his visit to France, Saudi Crown Prince Mohammed Bin Salman said, “The biggest enemy in the region is the Iranian regime and not the Shiite sect.” He explained that Islam is different from the extremism that Iran attempts to promote, and that before the Islamic Revolution, the Sunni majority had no problems with the Shiite minorities, especially not in North Africa.

Bin Salman had previously compared Iran’s Supreme Leader Ali Khamenei with Hitler, invoking a danger that resonates with Europeans, particularly with the French.

Portions of a speech by Sid Ahmed Ghozali, former Prime Minister of Algeria and Chairman of the Arab Islamic Solidarity Committee, are reproduced below:

“(Speaking) as an Algerian citizen who does not serve any political trend or movement. The cause which I believe in and commit to is the cause of the people who have been taken hostage by the most dangerous regime in the world.

“The path I am taking is not a theoretical or intellectual one; but rather it stems from my personal beliefs and experiences. It is based on my experience in Algeria with Iran, whether during the Shah’s era or even the new regime, which claims to be ‘Islamic,’ until the phase when we cut ties with it. I have known the Iranians since the Shah’s era. Our relation with Iran back then was cold…I have also known them through (OPEC).

“After the revolution, Algeria was against the war against Iran and stayed neutral during the Iraqi-Iranian war. Algeria also played the role of an honest mediator in solving the American hostage issue, between the US and Iran. In spite of all this, we later learnt that the Iranians were working through their networks inside Algeria. They began to lure and recruit Algerian youths by promoting Nikah al-Mut’ah (pleasure marriage).”

Ghozali added that Ali Akbar Velayati, who was the Iranian foreign minister at the time, told him, “You allowed the Salafists from Saudi Arabia to work on promoting Wahhabism in your country so allow us to promote for Shia!”

“After that we knew that they were supporting terrorists with money, training them and politically supporting them so we severed ties. President Boudiaf decided to sever ties as per a suggestion from my government. Ties were severed after Boudiaf was assassinated,” Ghozali said.

He continued, “I have no doubt that the Iranian regime thrives on destabilizing other countries, and pushes all countries to instability. It wants to exploit Islam and Shiites…to control all Islamic countries,” and noted that, “Iran’s theocracy claims to be Islamic, but it has killed the largest number of Muslims, (more) than any other country in modern times. There is no doubt that there is no solution for the Arab and Islamic countries except to eliminate this cancerous tumor which defines itself as wilayat al-faqih regime.”

“The Iranian regime sees itself as a guardian of the Arab and Islamic countries, and it works to flagrantly interfere in these countries and to export terrorism and sectarian wars. Unfortunately, Western policy also supports it in this regard.

“The question I always ask is how did countries that were the cradle of civilizations such as Iraq, Syria, Iran and Yemen, the countries which I consider as the pearl of human civilization, became a prey to this regime and its destructive practices? When we look at these countries, we see in each, the hand of the Iranian regime behind all ordeals, wars and destruction, as it was in Algeria in the late 1980s and 1990s.

“Yes, our elites must wonder: how did countries like Iran, Iraq, Syria, and Yemen which were considered as the most important centers of human civilization, turn into an arena for killing, terrorism, wars and tragedies, behind which stands Iran’s theocracy?”

This speech by Algeria’s former PM should be persuasive to European ears. To be sure, Arab North Africa, who knows Iran well, must continue to raise its voice.

New York Times: After suppressing the political protests that...