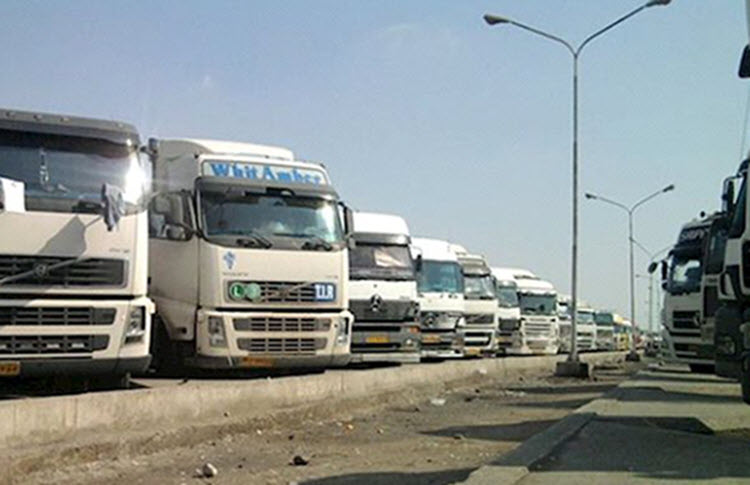 Social media is circulating a video that shows the main highway empty of trucks between the two most important economic centers in the Islamic republic – Tehran, the capital, and Isfahan, the second largest city.

Now grown to include 242 cities in 31 Iranian provinces, the striking truck drivers are joined by van drivers and cab drivers in Kermanshah and Buchan.

At first, security forces threatened the striking drivers with fines, demanding a halt to their action. Despite the threats, the huge strike has continued, with no signs of ending.

The strike came as the United States imposed new sanctions against Iran. A spokesman for the Iranian judiciary said on Sunday that “the security forces will face the turmoil that can be exploited by the United States and other enemies.”

Demands by the drivers include a 40 percent increase in transportation costs, and a reduction in the cost of motor insurance and spare parts. However, authorities have agreed to raise transport fees by 20 percent only, and have failed to halt the strike.

People throughout Iran are voicing their support for the tens of thousands of truck drivers on strike.

For example, the Tehran’s Bus Drivers Union issued a statement supporting the truckers’ protests. “We consider this strike as completely just and the drivers’ right to continue their protests. We also condemn any acts of aggression against the protesting truck drivers.”

This union is calling for urgent measures in response to the demands raised by these truckers and taxi drivers and calls on the International Transport Workers’ Federation to support these strikes.

On May 29th, political prisoners from across the country issued a statement, “The truckers’ are standing firm on their demands. What do these truck drivers, bus drivers, sugar cane workers of Haft Tappeh & employees of Hepco, credit firm clients and all the Iranian people demand? Other than their rights and what belongs to them that has been stolen by the ruling system? We support the truckers’ protests and strike, as they have risen against injustice and cruelty. Consider us standing shoulder to shoulder with you. Continue your strikes and protests.”

Reuters: A group of U.N. nuclear watchdog inspectors has...