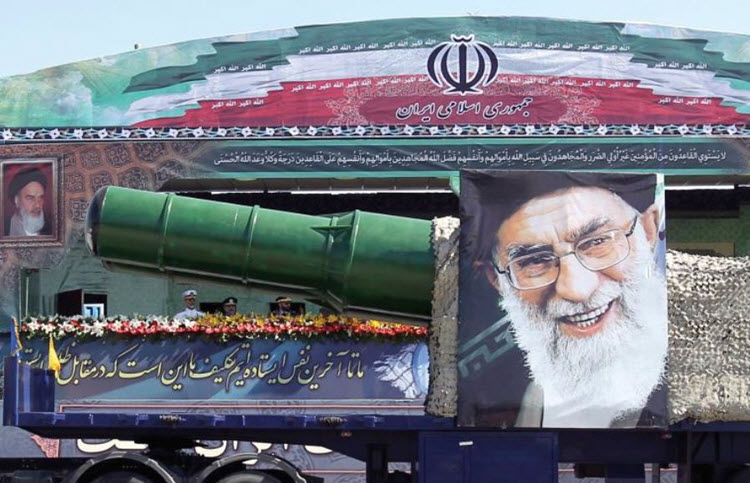 London, 5 Jun – The Supreme Leader of Iran, Ayatollah Ali Khamenei, said on Friday that Iran has no intention of ending its aggressive foreign policies across the Middle East, which involve propping up the Syrian Dictator Bashar Assad and funding the terrorist Hamas in Gaza, or curbing its influence over states like Lebanon, when the Iran-backed Hezbollah have control of the government, and Iraq, where Iran has vast political influence.

In his speech, which was broadcast live on television, Khamenei also encouraged the Arab youth to stand up to US pressure.

He said: “Young Arabs, you should take action and the initiative to control your own future … Some regional countries act like their own people’s enemies … We will continue to back oppressed nations and resistance forces in the region.”

Of course, it is strange for Iran to talk of backing oppressed nations and resistance forces, considering that its own country is so oppressed and the Iranian Resistance is subjected to a multitude of attacks from the Mullahs. This is another example of the doublespeak used by the mullahs.

Khamenei also threatened that he would use the country’s ballistic missile programme to attack the enemies of Iran. He has long claimed that it is purely for defensive purposes, despite demands from Western powers to curb it.

He said: “Tehran will attack 10 times more if attacked by enemies … The enemies don’t want an independent Iran in the region … We will continue our support to oppressed nations … our enemies have staged economic and psychological warfare against us and new American sanctions are part of it.”

From this, it seems as if Khamenei believes that US sanctions are equivalent to the use of ballistic missiles, which may mean that US interests and allies in the Middle East are in danger.

It is clear from these comments that Khamenei is unwilling to negotiate on Iran’s regional expansionism or ballistic missiles programme. This is important because European leaders are under the impression that these can be dealt with in a secondary deal, which is why they have not pulled out of the 2015 nuclear accord following Donald Trump’s withdrawal in May.

It is clear that Europe and the international community as a whole must put pressure on the Mullahs’ government, including through sanctions, in order to contain the threat they pose. The world should also support the Iranian Resistance coalition, the National Council of Resistance of Iran (NCRI), as they are capable of bring change and freedom to Iran, while the Regime will never reform.

AP: Three Americans arrested in July after crossing into...