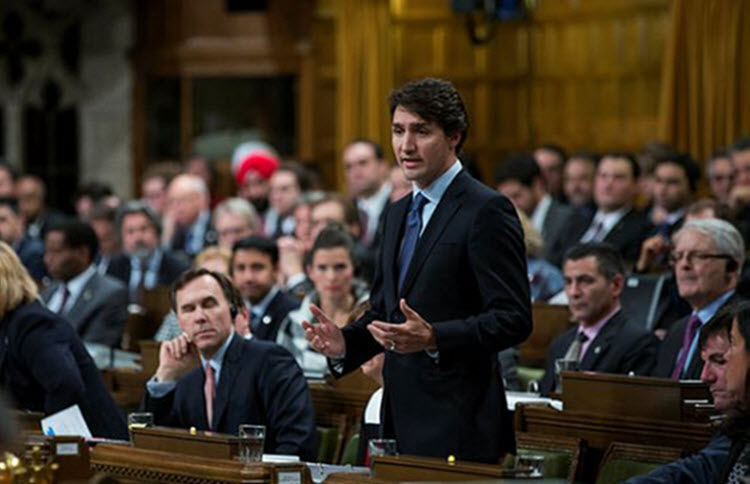 London, 13 Jun – The Canadian House of Commons passed a strongly-worded motion condemning Iran on Tuesday, after the Liberal Party sided with their Conservative opposition.

The Conservative motion, which is now supported by Prime Minister Justin Trudeau, condemned Iran and called on the Canadian government to “abandon its current plan and immediately cease any and all negotiations or discussions” about restoring diplomatic relations, as well as listing the Iranian Revolutionary Guards Corps (IRGC) as a terrorist entity under Canada’s Criminal Code. The terrorist entity listing of the IRGC goes further than the US has at this point.

Erin O’Toole, the Conservative foreign affairs critic, was “a bit surprised” that the motion passed, especially after Omar Alghabra, a parliamentary secretary focused on consular affairs, criticised the Tories on Monday for playing partisan politics with the fates of two Canadians detained in Iran, who were named in the motion.

This marks a massive change in tone for the Liberals, as when Trudeau was elected he promised to work on re-establishing diplomatic ties with Iran. These ties were severed in 2012 over concerns for the safety of diplomatic staff, although there was no specific incident that triggered the move.

In 2017, Canada sent diplomats to Iran in May and October.

A government official, who spoke on the condition of anonymity, said that the shift is related to the current detention of Canadian-Iranian citizen Maryam Mombeini. She was prevented from leaving Iran with her two adult children in March after the suspicious death of her husband in prison.

Mombeini’s husband was Professor Kavous Seyed-Emami, an environmentalist who was arrested in January on fake charges of spying. Iranian officials reported in February that he had committed suicide, but many doubt that version of events.

Adam Austen, a representative for Foreign Minister Chrystia Freeland, said: “As Minister Freeland has said, including directly to Iran, until Maryam Mombeini is allowed to return home, her freedom will be the only topic of discussion we have with the Iranian government. ‎Minister Freeland has raised Ms. Mombeini’s case at the highest levels, including with Foreign Minister Zarif. Such direct advocacy on Canadian consular cases is something that did not happen under the former Conservative government.”

The IRGC is already under economic sanctions by Canada, as well as the US and the UK, but it not yet listed as a terrorist entity, although the IRGC’s Qods Force has already been listed.

The unnamed official said: “We passed the motion but it’s not like tomorrow they would automatically be listed. There has to still be a whole cabinet discussion and decision-making process. Certainly, there will be a conversation about it, but difficult to say at this time whether or not it will be adopted because it has to meet certain criteria under that.”

But O’Toole doesn’t believe that it will be too long.

He said: “It is something that cabinet should not sit on for very long, and if they’re not going to do it we are probably going to be holding them to account very quickly… There was just a mounting pile of evidence to show that we cannot normalize a government that is the most, I’ve called it for a couple of years now, the most destabilizing and dangerous state of the world.”

While Austen did not mention the IRGC listing, he did advise that Canada will maintain sanctions related to Iran’s support for terrorism, abuse of human rights, and malign ballistic missile program.