Europe Must Choose Security Over Trade When It Comes to Iran 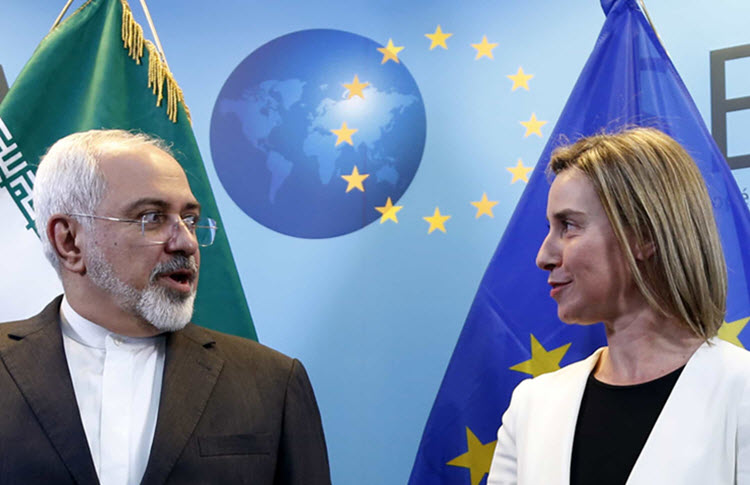 London, 13 Jun – The actions of Iran are driven by its perception of itself as an underdog and a revolutionary force being held back by the other countries of the Middle East and the world as a whole, which has led to an Iran’s confrontational policy of exporting the Islamic Revolution.

We can see this in the mullahs’ words and actions. For instance, when Supreme Leader Ayatollah Khamenei realised on Monday that Iran would have to accept some nonnuclear sanctions and nuclear limitations, he said that Iranians would not tolerate that.

This came after he ordered scientists to increase the capacity of Iran’s uranium enrichment, last week, in case it was needed, which is a thinly veiled threat against European leaders who are already scrambling to save the 2015 nuclear deal with Iran after the US withdrew in May.

While Donald Trump was criticised for pulling out, not enough attention was paid to why he pulled out. Namely, the behaviour of Iran, which was not only violating the nuclear deal but actively trying to destroy the Middle East. Perhaps Europe should prioritise the security of the MENA region and strong ties to our closest ally, rather than trade deals and hollow diplomacy.

Iran specialises in destabilising the Middle East in order to gain power, but their army is weak and could not possibly take on the might of other regional powers. That’s why Iran utilises proxies, like Hezbollah and Hamas, so much.

Iran uses Shia militias, terrorist organisations, and rebel movements to create chaos, but then sends in it paramilitary forces to spread revolution as it has done so well in Syria. The problem is that most international powers focus solely on Sunni terrorist groups, like ISIS, which basically gives Iran free reign. Europe should not ignore this when negotiating with Iran.

Of course, this is not the only way that Iran seeks to take power. In some cases, Iran is filling the void left by the US or other Western nations who withdrew from the Middle East in recent years. This is currently the case in Syria, where Iran, who have exacerbated the war and prolonged it long beyond its natural end, is taking over areas that the US has left. The more power that the mullahs have in the Middle East, the harder it will be for the West to maintain working diplomatic relations and the more power that Iran will have.

Of course, Iran’s destructive role reaches far beyond the Middle East, with the refugee crises that they have spurred. Now, many thousands of people fleeing the destruction of Iran are heading to Europe and the US looking for a safe shelter.

Kacper Rekawek, the head of the Defence and Security Programme of leading European think tank GLOBSEC, wrote: “As new negotiations around the Iran deal 2.0 get underway, let us remember how damaging Iran’s expansionism has been so far, how it has threatened the fragile geopolitical balance that its neighbours want to protect. Let us include the more stable Arab countries in the negotiations because they have most at stake; and lastly, let us not be naïve: by its very nature, the Islamic Republic of Iran will continue to pursue its long-term imperial ambitions.”

Iran’s regional aggression will be one of the topics for discussion at the Free Iran gathering in Paris on June 30.

Sunday Telegraph: Iran's deputy defence minister is one of...

No date, place yet for Iran nuclear talks: Russia

AFP: Russia said Monday that the date and place...