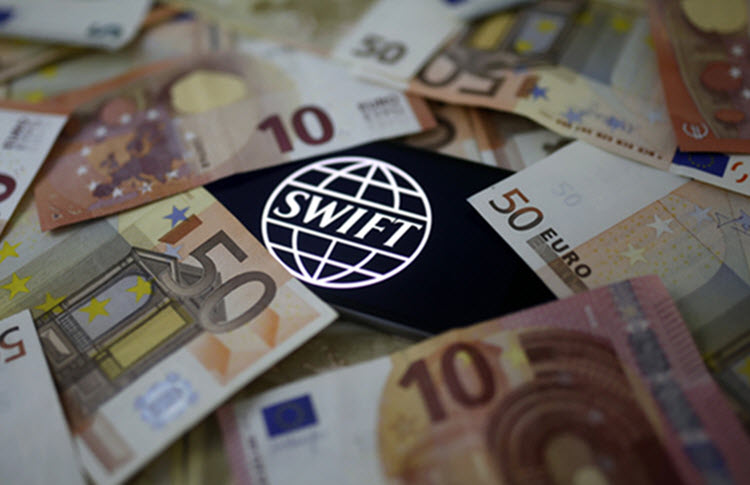 London, 13 Jun – As the US takes measures to re-impose crippling sanctions on Iran, options to support the Iranian people’s strive for freedom and democracy are being revealed.

For instance, severing all access for Iranian banks to SWIFT, or the Society for the Worldwide Interbank Financial Telecommunication has the potential to exert crippling economic and financial pressure Tehran that would affect the regime’s trade relations and import/export process.

Media outlets have run reports that analyze the impact of US President Trump’s exit from the Iran nuclear deal and the future of relations between Iranian banks and SWIFT. In an article by Heshmat Alavi for Al Arabiya, he writes, “If Tehran’s rulers see their apparatus cut off from SWIFT, the regime Central Bank, Bank Melli, Bank Sepah and Bank Saderat (Exports) will no longer enjoy the highly important facilities provided by the Belgian firm.”

SWIFT is a Brussels-based company that is mainly involved in facilitating financial transactions across the globe. Financial transactions that were once carried out through telex messages, and took days to arrive at the destination, can now arrive in a matter of minutes under SWIFT services.

SWIFT refrains from involvement in political disputes, as it was launched with the support of a number of countries. However, after the September 11th terrorist attacks on the US, a major SWIFT member, further control over financial transactions across the globe was demanded, including American authorities requesting increasing access to personal information of individuals using SWIFT. Although initially opposed by SWIFT authorities, the European Union agreed to U.S. demands.

In 1992, Iran joined the SWIFT, and linked its Central Bank, Banks Melli, Sepah and Saderat (Export), and other Iranian regime banks to the world’s financial network. In 2012, those links were severed, after pressure from the US, and major sanctions against Tehran’s nuclear program.

In 2016, after the 2015 Iran nuclear deal was signed and initial measures implemented by Iran, SWIFT lifted its restrictions on Iranian banks. Tehran was provided $1.7 billion in cash and the $150 billion of its assets were unfrozen. However, this money did not provide for the Iranian population’s necessities. “While over 50 million people across the country are living in poverty, Tehran continues to fuel its terrorist proxies across the Middle East, an unnecessary nuclear program and ballistic missile drive,” writes Alavi.

France, Germany and the United Kingdom issued a letter to US Secretary of Treasury Steven Mnuchin asking that the new American sanctions not include the SWIFT apparatus. Following the recent G7 meeting in Canada, there is little sign that Washington will take the European request into consideration. In fact, the sanctions that are scheduled to come on November 4th will include financial and banking collaboration. Any entity refusing to abide by these regulations, will have their US-based assets frozen, their officials banned from the US, and their activities limited in the US.

According to Alavi, “Iran’s domestic crackdown organs and its foreign belligerence are all funded through state banks and financial institutions. All actions taken against these entities and limiting their power will benefit the Iranian people in their daily protests and long struggle to establish freedom and democracy in their country.”

Reuters: The United States will not "sit idly by"...