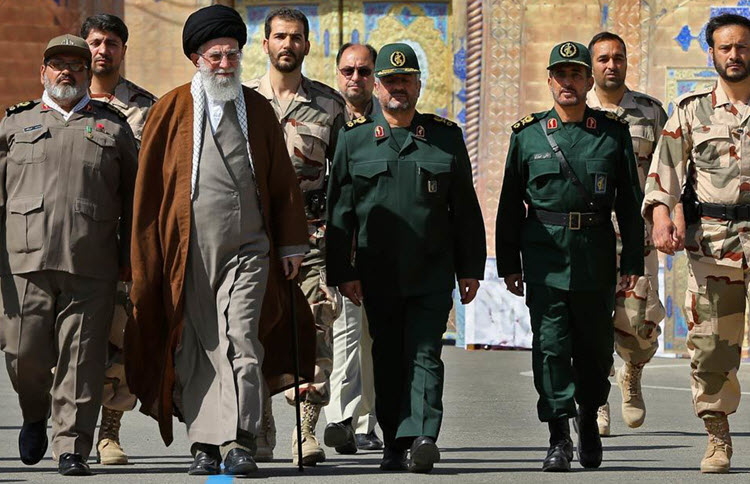 London, 14 Jun – There were hopes that Iran’s Islamic Revolutionary Guard Corps (IRGC) was going to ease up on its control over the Iranian economy. The country’s defence minister had said that Supreme Leader Ayatollah Ali Khamenei ordered the IRGC to diminish its economic activities.

However, its actions show that this is not the case at all. In fact, looking at its actions, it is safe to say that it is planning to increase its activities.

The head of Khatam al-Anbia, General Ebadollah Abdollahi, has said that the group will be starting up 40 mega projects in the next nine months. The head of Iran’s main engineering arm said that a lot of the projects to be carried out are centred around the country’s water management systems and its gas and oil fields.

He also said that the company’s huge water supply project in the West of the country is on schedule to finish at the beginning of next year. It is a massive project that includes over a dozen dams, 700 kilometres of transmission lines and 150kilmoetres of tunnels.

Furthermore, the chief indicated that plans had been submitted to the country’s energy ministry for the design and implementation of numerous large-scale water projects in the central and eastern regions of Iran.

Abdollahi emphasised that the company’s water management projects would help resolve problems with water shortages in large parts of the country. However, environmentalists and water experts have big concerns and are highlighting that the problems will worsen.

In the past 30 years, the IRGC has been in charge of the construction of hundreds of dams. These dams have changed the natural flows of water which have been redirected away from the Iranians and communities that need it most.

One of the most recent projects in the Western regions in Iran are certain to make the problems in Iraq worse too. Some of the water into Iraqi Kurdistan has already been restricted and the area has reached crisis point. Building even more dams in the area will make the crisis even more serious.

It is impossible for the environmentalists to make a change because when they speak out against the disastrous IRGC policies they risk being arrested, tortured, imprisoned and even executed.

The National Council of Resistance of Iran (NCRI), the main opposition to the Iranian Mullahs, has been speaking out about the government’s responsibility for environmental issues for years. It is a topic that is sure to be discussed on 30th June at its annual gathering in Paris.

When Iran signed the 2015 nuclear deal, it received billions of dollars, much of it in cash. It received more than enough to help resolve some of the most pressing issues that are affecting the lives of people at home, yet they never saw any benefit because it was spent on militias and proxy groups in the region and the propping up of Syrian dictator Bashar al Assad.

It is time that Iran is stopped in its tracks and made to be held accountable for all of its belligerence and mismanagement of resources. This is sure to guarantee its collapse.

Japan Inpex may quit Iran over US sanction-minister

Reuters: Iran's oil minister said he did not expect...