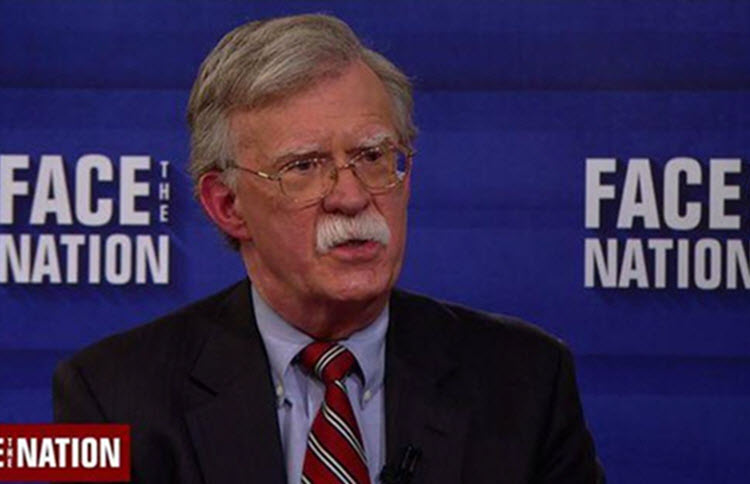 London, 2 July – Iran’s presence in the affairs of other nations across the United States is a priority of the United States. The United States national security adviser, John Bolton, said at the weekend that Syrian President Bashar al Assad’s grip on power is not a US strategic issue, but Iran is.

In an interview with Face the Nation by CBS, the national security adviser was asked about Russia’s involvement in the blanket bombing in the southern area of Syria and how it violates the agreement between Putin and Trump. Bolton said however that there are “possibilities for doing a larger negotiation on helping to get Iranian forces out of Syria and back into Iran”, which he described as being a “significant step forward”. He added that the use of force to get Iran out of Syria would need to be agreed with Russia.

Bolton said that Iran’s involvement in the Syrian civil war is something that is growing more and more critical because it has been almost seven years. Furthermore, as well as entering Syria and Yemen, Iranian forces are now heavily present in Iraq as well as further across the region to Lebanon and its proxy Hezbollah.

Speaking about the extent of the Iran threat, Bolton said that it goes beyond its nuclear weapons program and its support and spread of terrorism. It is also the presence of its forces in the region and it is something that both Trump and Putin need to discuss. (Trump and Putin are due to meet on 16th July in Helsinki.) He said: “I think President Trump’s decision to withdraw from the misbegotten Iran nuclear deal, reimpose our sanctions begin to put much more pressure on Iran is having an effect on their decision making not just on the nuclear issue but on these efforts to extend Iranian influence around the region.”

Numerous officials in the Trump administration have identified Iran as the number one state sponsor of terrorism around the world, an opinion that Bolton too shares.

This weekend, the National Council of Resistance of Iran (NCRI), the main opposition to the Iranian regime, held its annual gathering in Paris. It was clear that the support for the Resistance movement is gaining momentum and the distinguished guests and speakers indicated that regime change will come very soon.

It also became evident that the Trump administration is supporting the calls for regime change. Calls made by the people of Iran that have been taking to the streets in the biggest uprising in recent times in the country.

Trump’s personal attorney, Rudy Giuliani, who has a close relationship with the president, pointed out that Communism fell when former President Reagan voiced his support for the protesters in Poland.

Another close Trump ally is Newt Gingrich who also participated in the NCRI’s Free Iran rally. He pointed out that the Iranian regime is in a very weak position and is in worse shape than the fallen Soviet Union ever was.