Countering Iran Aggression in the Region and Around the World 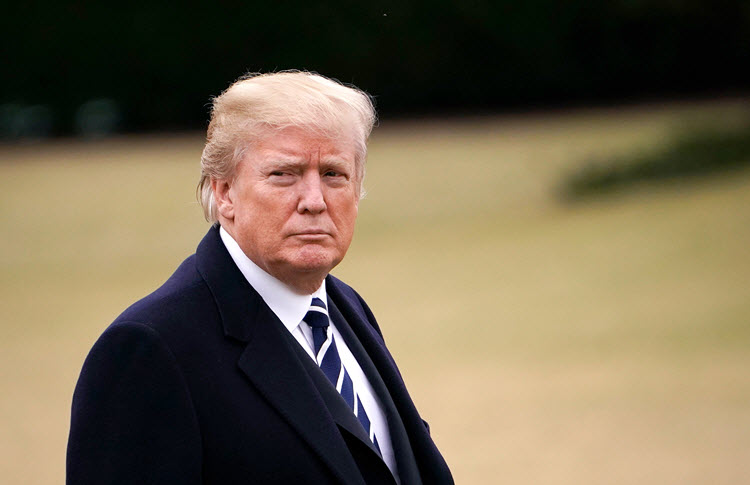 London, 25 July – It appears that Donald Trump has decided that he must get tough on Iran on Twitter, as well as through traditional diplomatic measures, in the same way that he did with North Korea.

Following a threat by Iranian president Hassan Rouhani about the US heading for “the mother of all wars” with Iran, Trump hit back with an all-caps warning about the consequences that Iran would likely suffer if they continued to push the US.

He tweeted: “To Iranian President Rouhani: NEVER, EVER THREATEN THE UNITED STATES AGAIN OR YOU WILL SUFFER CONSEQUENCES THE LIKES OF WHICH FEW THROUGHOUT HISTORY HAVE EVER SUFFERED BEFORE. WE ARE NO LONGER A COUNTRY THAT WILL STAND FOR YOUR DEMENTED WORDS OF VIOLENCE & DEATH. BE CAUTIOUS!” 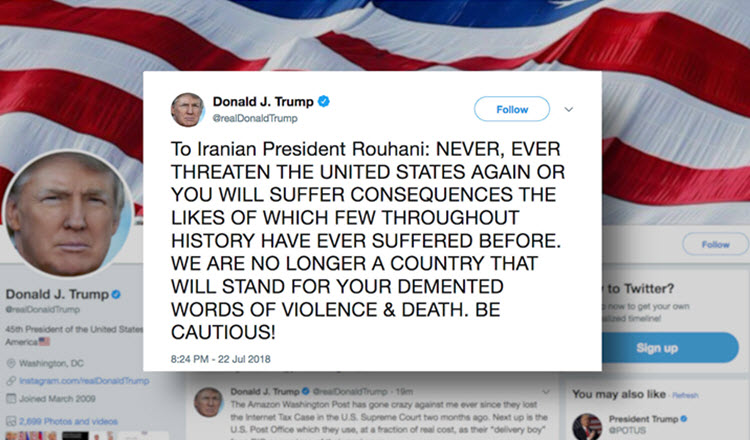 This is heavily reminiscent of Trump’s “fire and fury” tweets to Kim Jong-Un in 2017, which resulted in the Singapore Summit and the possible denuclearisation of the Korean peninsula, so many are wondering if Iran will soon be agreeing to a deal with the US.

This war of words between the two countries has only increased since Trump pulled the US out of the 2015 nuclear deal with Iran back in May. Since then, he has promised to reinstate sanctions against the Islamic Republic that would heavily restrict their ability to trade with the rest of the world, even those still a party to the nuclear deal, and cut their oil exports to zero by November.

Now Iran is in the middle of an economic crisis, which has been the spark for the popular people’s protest in Iran, and these nuclear sanctions won’t even come into force until August. The rial is falling, inflation is soaring, and companies are withdrawing on a weekly basis.

This is of course the fault of the mullahs who, through corruption and mismanagement, bankrupted the country and spent their windfall on terrorism and warfare, rather than helping the Iranian people.

Rich Lowry, the editor of National Review, wrote: “[U.S. policy] is nothing less than financial warfare against Iran, aimed at denying it hard currency to fund its foreign operations, with the ultimate goal of destabilizing Iran. The administration denies that it has a policy of regime change, but Secretary of State Mike Pompeo’s demands for a new deal are so sweeping and fundamental that Tehran couldn’t comply short of a radical reorientation toward becoming a normal state.”

This campaign, combined with support for US allies in the Middle East, will help counter Iranian aggression in the region and around the world.

By Jubin Katiraie A British bank has agreed to...

Iran aiming to get nuclear materials via Canada: customs

AFP: Iran is attempting to acquire clandestine shipments via...