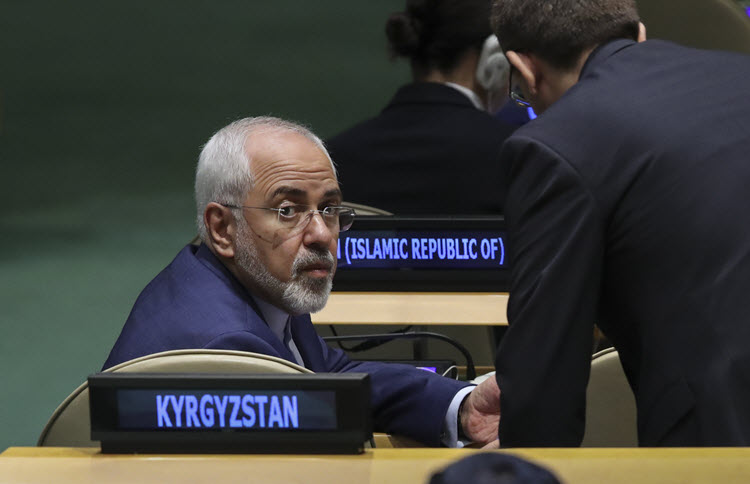 London, 24 Sep – As the UN General Assembly begins, during a press briefing on Thursday September 20th, US Department of State’s spokesperson Heather Nauert said that the United States holds Iran responsible for last week’s attacks on American establishments in Iraq. She said, “We recognize that Iran continues to be a destabilizing element in the region. They continue to try to attack other governments and individuals through their proxy militias. We will hold them responsible for any loss of American life. I just want to be clear about that.” Previously, the U.S. had warned against any attack by Iran-backed Iraqi militia against US forces in Iraq.

The action has increased international pressures against Iran, in the run-up to Iranian President Rouhani and his foreign minister meeting with world leaders at the UN General Assembly meeting in New York.

On Friday, September 21st, the Iranian official news agency IRNA quoted the spokesperson for Iran’s Foreign Ministry, Bahram Ghassemi as having said that “Iran has not requested a meeting with U.S. President Donald Trump,” an apparent response to a report saying that Iran had requested a meeting during the United Nations General Assembly.

The Iran Action Group Chief Brian Hook was quoted as suggesting the idea of a negotiation between the U.S. and Iran which would include signing a new treaty to limit Tehran’s nuclear activity, as well as Iran’s ballistic missile program. Both of these activities concern Iran’s neighbors and other regional countries.

However, the UN Security Council meeting chaired by President Trump was changed, and although Iran is not supposed to attend the meeting, the issue of its destabilizing measures in the region is one of the main topics on the meeting’s agenda.

On Thursday, Israel said that it was increasing security around its atomic sites as a precaution against threats from Tehran and its regional allies. This statement came in response to the leader of Lebanese Hezbollah, Hassan Nasrallah’s claim regarding the group’s access to precision rockets.

Having already acknowledged that its weapons and financial resources come from Iran, in a televised address on Thursday, Nasrallah threatened, “If Israel imposes a war on Lebanon, Israel will face a fate and a reality it has never expected,” any time before, adding that “the resistance possesses precision and non-precision rockets and weapons capabilities.”

Israeli official Zeev Snir warned in a statement on Thursday, “We cannot ignore the repeated and explicit threats, made by Iran and its proxies, to attack Israel’s nuclear sites. These outrageous threats, require Israel to take immediate action and continue to protect and defend its nuclear facilities.” He was referring to Iran Backed-Hezbollah’s role in the Syrian civil war, in support of Syrian President Bashar al-Assad.

Also backed by Iran are Hashd al-Sha’bi, in Iraq, and the Houthi rebels in Yemen.