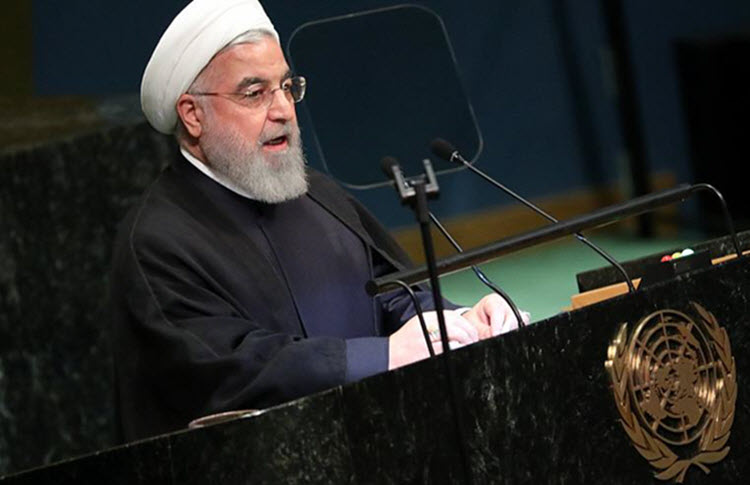 London, 25 Sep – On 22nd September there was a deadly attack at a military parade in the south-western part of Iran. Dozens of people were killed and Iran has accused the United States, Saudi Arabia and Israel of being behind the attack. Tensions are rising between the countries and Iranian officials are making the matter worse by threatening revenge.

This tension will no doubt affect Iranian President Hassan Rouhani when he attends the United Nations General Assembly in New York. He has already said that he intends to “expose U.S. breaches of international regulations” and there is no doubt that he will have a lot to say about the U.S. exit from the 2015 Iran nuclear deal.

Rouhani’s agenda allegedly incudes meeting with several leaders but after the latest accusations from Iran about being involved in the military parade attack it seems unlikely that one of those leaders will be U.S. President Donald Trump.

It was previously reported that hardliner MP Javad Karimi Ghodousi had told Rouhani and Foreign Minister Mohammad Javad Zarif to stay away from the “evil” U.S. President.

When Trump announced that the U.S. was exiting the nuclear deal, he also announced that sanctions would be re-imposed. The first round has already taken effect and they have been having a profound impact on the country’s economy. The second round will take effect next month and they will target the country’s export of oil and international banking operations. To put even more pressure on Iran, National Security Adviser John Bolton said at the weekend that new sanctions would be imposed if Iran continued with its destructive regional policies.

He said: “We think these new sanctions coming in will have a significant economic and political effect inside the country. And that’s what we want. We want massive changes in behavior by the administration in Iran. And if they don’t undertake that, they will face more consequences, because we will find more sanctions to impose and other ways to put maximum pressure on them.”

When the sanctions were announced, many countries started to pull out of business deals with Iran almost immediately. Many international enterprises did not want to risk getting caught up in secondary sanctions and started to wind-down in their dealings with Iran.

Iran immediately called on the European Union to take urgent action so that more businesses did not pull out of Iran. This made little difference because companies did not want to do anything that would put them at risk of being excluded from the U.S. financial system.

Iran is not happy that a number of large French companies have left the Iranian market. There have been rumours that Rouhani will meet with French President Emanuel Macron and it is certain that this issue will be brought up. Macron will also no doubt bring up the fact that the EU cannot help Iran until it helps itself. In other words, the EU will not be able to help Iran if it does not abide by the FATF and other international financial conventions.

Reuters: At least 47 people were reported killed at...

This week that the Belgian parliament ratified a treaty...