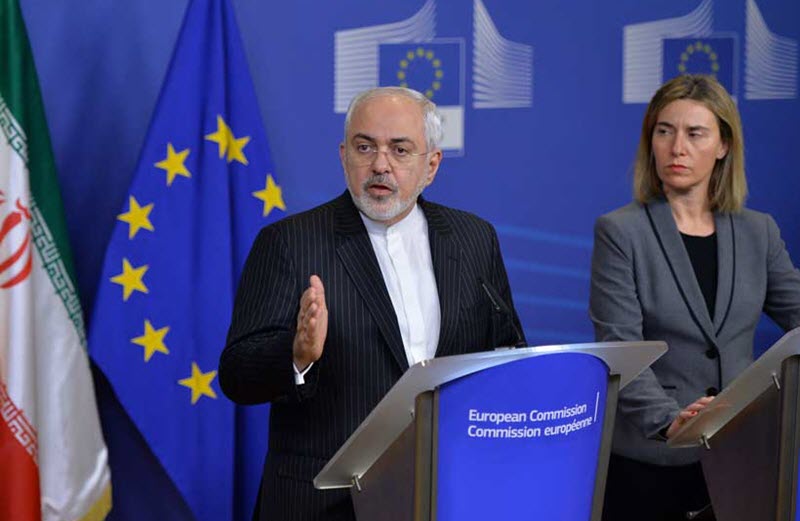 London, 17 Jan – The Trump administration has made it very clear that it will not tolerate Iran’s belligerence and malign acts. Even before taking office, U.S. President Donald Trump had spoken about the Iran threat. He promised that he would withdraw from the 2015 Iran nuclear deal, which he eventually announced last May. Since then, crippling economic sanctions have been put back in place and his administration recently announced that no more waivers would be granted to any countries with regards to the importation of Iranian oil.

The European Union has taken a different approach during this time. It pleaded with Trump to remain part of the nuclear agreement and it has tried to implement measures that get around the U.S. sanctions so that Europeans can continue to trade with Iran.

This soft approach is a continuation of former President Barack Obama’s treatment, or appeasement, of Iran. However, it has become clear in recent weeks that this may change.
The EU appears to be adopting firmer, and clearer, positions with the announcement of fresh sanctions on Iran.

During a press conference on 8th January, the Foreign Minister of Denmark, Anders Samuelsen, announced that the EU has passed sanctions. He explained that the targets of the sanctions include the Iranian intelligence service because of its involvement with assassinations plots in Europe. He said that this is a “strong signal from the EU that we will not accept such behaviour in Europe”.

Assets belonging to the affected individuals will be frozen and their names will be added to the EU’s terrorist list. One such individual is Assadollah Asadi – a diplomat based in Vienna – that played a huge role in the plot to bomb the annual Free Iran gathering in Paris last year. Another individual is the head of the directorate for internal security of the Ministry for intelligence Saeid Hashemi Moghadam.

Although the news about these sanctions is encouraging, it is important to remember that pressure must be maintained on the Iranian dictators. It is responsible for countless crimes and abuses in the Middle East and also against its own people. The fact that it is continuing to terrorise Europe and even further afield must not be taken lightly.

If the planned attack on the gathering in Paris was not foiled, it is certain that there would have been a large number of deaths and casualties. The gathering in Paris is attended by dignitaries, human rights activists, members of parliament, former U.S. administration members and politicians from around the world, and Iran’s attempted attack is nothing more than an example of its brazen attitude and carelessness.

Dutch Interior Minister Kajsa Ollongren and Foreign Minister Stef Blok said that the country’s intelligence service believes that Iran was involved in the assassination of two Dutch nationals of Iranian descent in 2015 and 2017. Ali Motamed, 56, was assassinated in Almere in 2015 and Ahmad Molla Nissi, 52, was assassinated in The Hague. They said that they believe Iran “had a hand in the preparation or commissioning” of these attacks on EU soil.