U.S. Voices Support for the People of Iran 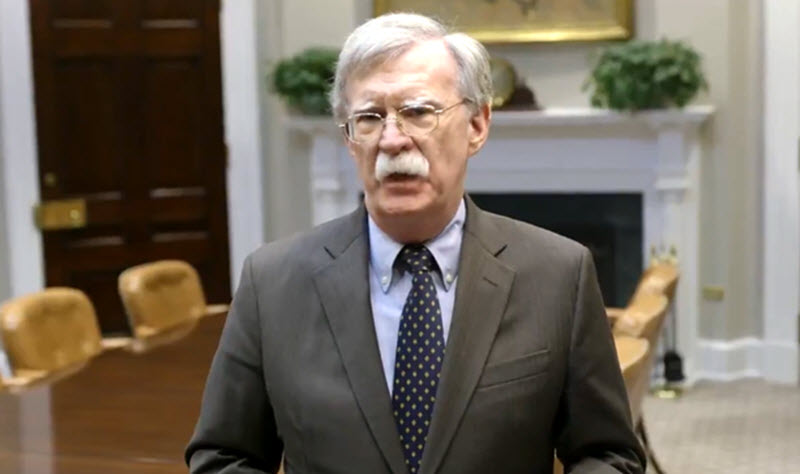 London, 12 Feb – It has been 40 years since the Islamic Revolution. It started off as a time of hope for the people, but it quickly turned into something that was going to negatively impact the people for many years to come.

On the occasion of the 40th anniversary, U.S. President Donald Trump posted a message on Twitter with a photo of a protester. The image included the caption: “40 years of corruption. 40 years of repression. 40 years of terror. The regime in Iran has produced only #40YearsofFailure. The long-suffering Iranian people deserve a much brighter future.”

U.S. National Security Advisor John Bolton also offered his support to the long-suffering people of Iran and affirmed that Washington would stand behind them. He said their will would be supported and that their voices would be heard.

A message to the Ayatollah of Iran: “For all your boasts, for all your threats to the life of the American President, YOU are responsible for terrorizing your own people.” #40YearsofFailure pic.twitter.com/gpCL1FeLis

The administration has exited the United States from the Joint Comprehensive Plan of Action (JCPoA), or the 2015 Iran nuclear deal as it is known, and has re-imposed tough economic sanctions. Although the administration has not explicitly said that it is hoping for regime change in Iran, several officials have hinted at the idea.

The people of Iran have made it very clear that they want the regime to collapse and there is no doubt that the people will be the force behind regime change. They took to the streets in protest at the end of 2017 and the whole of 2018 was marked by anti-government demonstrations.

The regime is under an immense amount of pressure domestically with continued daily protests by all walks of life in Iran.