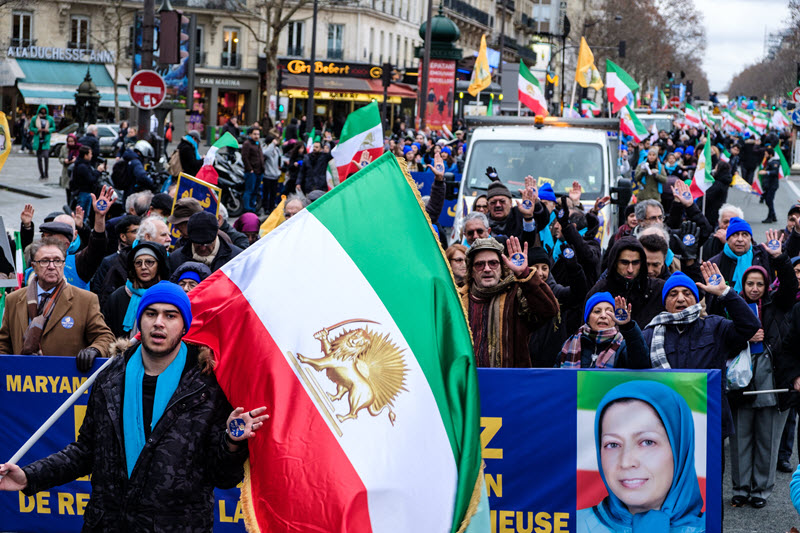 In the run-up to the Warsaw Conference on international policy toward the Middle East, which is expected to focus very strongly on the various ways that the Iranian Regime destabilises the region, the mullahs have ramped up their disinformation campaign against their opposition, the People’s Mojahedin Organization of Iran (PMOI/MEK).

Why is the Iranian Regime doing this?

The Iranian people have repeatedly asked the international community to support their right to overthrow the religious dictatorship that they live under, especially during the last 13 months as the anti-regime uprising led by the MEK took over Iran.

The Iranian people are doing so again ahead of the Warsaw summit, even holding a rally on the first day of the conference to let all in attendance known that the support the MEK and want them to be recognised as the official Iranian opposition.

The Regime knows how popular the MEK is both inside and outside Iran, although they’d never admit it, and they want to prevent the world from recognising the MEK. After all, the Regime has repeatedly admitted that the MEK has the potential to overthrow them.

What is a disinformation campaign?

This is a propaganda campaign with the sole purpose of tarnishing an individual or group, in this case, the MEK, by making up lies about them, paying people to repeat those lies, and hoping that you can fool enough people into believing the lies.

The most common lies are that the MEK is associated with terrorism, the murder of civilians, the murder of US soldiers, or involved with Marxism. Each lie has been repeatedly debunked.

Has the Regime done this is the past?

Constantly. This first became a priority for Iran after the 1991 Gulf War, when the Regime hoped to shut down its main adversary.

The European Parliament assessed that Iran’s Intelligence Ministry has a long history of aggressively targeting the MEK with a disinformation campaign, something backed up by Dutch and German intelligence agencies.

In 2011, the Netherlands’ General Intelligence and Security Service stated that Iran’s attempts to undermine the MEK in the Netherlands had continued “unabated”.

The report read: “In a campaign coordinated and financed by the Iranian intelligence services, the media and a number of politicians and other public servants were approached with a view to portraying the MEK in a highly negative light.”

This was not even the first time that the Dutch intelligence service had caught Iran doing this. In 2002, the agency explained that Iranian Intelligence Ministry had attempted to gather information on the MEK’s activities abroad in order to “destabilise” and “demonise” the MEK in its host country, whilst trying to pressurise Western countries to condemn and ban the MEK.

While Germany’s Federal Office for the Protection of the Constitution assessed as far back as 2000 that the Iranian Intelligence Services continued to focus on the MEK in Germany, including trying to recruit active or former MEK members.

Their report read: “In many cases, this effort is accompanied by intimidation to put pressure on the person or on his relatives who live in Iran.”
These are the same tactics used by Iran today to try and discredit the MEK.

Up to 10 killed in Iran pipeline blast – report

Reuters: Up to 10 Iranian workers died on Saturday...

By Jubin Katiraie Across 42 locations on three continents,...