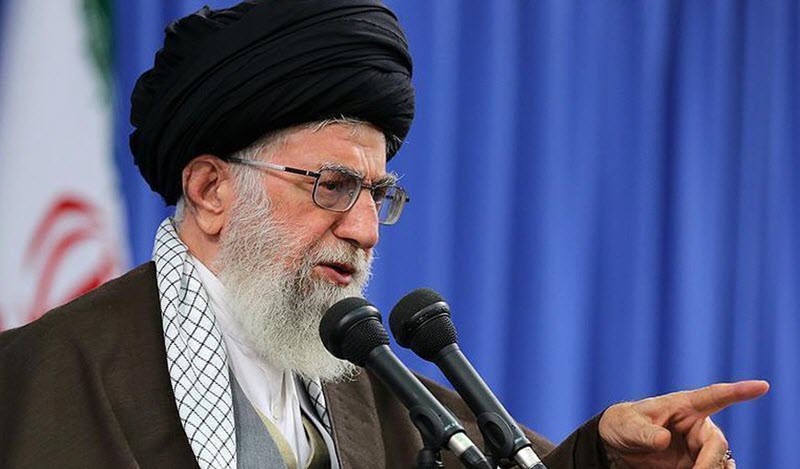 London, 14 Feb –  Iran’s Supreme Leader Ali Khamenei issued a confusing message on Wednesday, saying that the regime was “ready to correct its mistakes” but not willing to change itself before going on to bash Western countries for taking legitimate actions against the mullahs or not doing enough to appease them.

He said if Iran would lose both economically and spiritually if it negotiates with the “criminal” US and that Iran must limit its dealings with “cunning” and “untrustworthy” European states.

Khamenei said: “The government of the Islamic Republic must carefully preserve its boundaries… Iran must not retreat a single step from national and revolutionary values.”

While this message was published on the same day as the Warsaw Summit, as part of a failed attempt to overshadow the US-led summit for Middle East peace, it was advertised by Iranian media for days beforehand as an “important” message for the 40th anniversary of the Regime that would herald a “new phase for the Islamic Republic”.

Khamenei denied that the Regime had been “brutal and bloody” or that it had “committed extremism” over the past four decades, despite overwhelming proof to the contrary. His comments come after renewed concerns about the massacre of 30,000 political prisoners in the summer of 1988 on the order of Regime founder Ruhollah Khomeini and the ongoing suppression, torture, and murder of Iranian dissidents.

Khamenei then exaggerated the regime’s accomplishments, this time despite a serve lack of proof. He claimed that Iran was “the most successful state in the world in the relocation of services and wealth from the centre to all over the country”, even though 80% of Iranian’s live in poverty and only 4% of Iran actually benefits economically from the Regime, namely the mullahs themselves.

He also claimed that the mullahs’ religious extremism had “flourished everywhere, especially among young people”, which is completely untrue. That’s why the Iranian people, especially the young, are taking to the streets to condemn the Regime’s “Islamic” values.

Notably, he failed to put forth any solutions to the many crises facing the Regime, instead just putting forth the same message that he has delivered repeatedly over the years. There was nothing new, nothing important, and nothing relating to a turning point at all. It appears that he doesn’t have the answers the people want and ultimately, that will lead to the downfall of the Regime; hopefully sooner rather than later.

AFP: Iran on Sunday again ruled out a freeze...