Iran Should Be Frightened of the Warsaw Conference 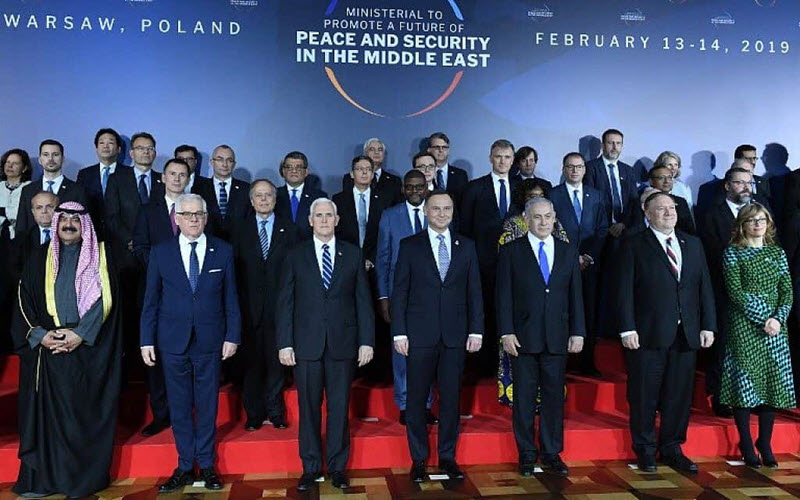 The Iranian Regime is terrified about the conference on peace in the Middle East, currently being held in Warsaw, and they have every right to be.

Only a few days ago, it seemed likely that, despite Poland hosting the conference, the European states would continue to condemn the US for pulling out of the Iranian nuclear deal and reimposing sanctions against the Gulf state. Now, thanks to the Regime’s actions, it seems more likely that the US will bring the EU more in line with its policy on Iran.

While in the run-up to the conference, some European leaders refused to attend – even the EU’s foreign policy representative Federica Mogherini – because the EU is still trying to salvage the 2015 Iran nuclear deal, known as the Joint Comprehensive Plan of Action (JCPOA), with their ludicrously flawed special purpose vehicle. But EU member Poland is hosting the event and high-ranking European politicians, including British foreign secretary Jeremy Hunt, are in attendance.

Some European leaders may be trying to downplay the importance of the conference and mocking the US for planning it in the first place, but this meeting is important, bringing Europe, the US, and the Middle East together to confront Iran’s malign behaviour in the Middle East, especially interference with other nation states. And the EU is increasingly recognising that it cannot navigate the hostile relationship between the US and Iran or bail the mullahs out from renewed US sanctions.

Indeed, their special purpose vehicle will only allow Iran to buy humanitarian products, like food and medicine, which were not sanctioned in the first place, so Iran rejected this as similar to the oil-for-food scheme imposed on Saddam Hussein’s Iraq. Supreme Leader Ali Khamenei even said that the Europeans should not be trusted earlier this month, describing them as “like Americans”.

Worse yet for Iran, despite the EU’s commitment to the nuclear deal, they did impose sanctions against Iran for two terrorist plots and two assassinations on the continent.

Geneive Abdo, a resident scholar at the Arabia Foundation , wrote: “Even if there is no road map or lofty strategy that comes out of Warsaw to challenge Iran’s interventions in Syria, Iraq, Yemen and its increasing influence through Hezbollah’s mighty political weight in Lebanon, it is the beginning of a broader front against Iran than has existed in the past. Israel and some Arab states are committed to continuing to try to curb Iranian military interventions in the Middle East and Warsaw is providing a platform toward this objective.”

Inside the Iranian government, because of the centralization of...

The Independent: Another tragic political execution is regrettably imminent...